Omote Goten Garden is located in the grounds of the former Tokushima Castle in Tokushima. Though hardly remains of the castle as it was almost completely dismantled in 1875 at the beginning of the Meiji Period. Fortunately the gardens remained, in fact there are two gardens, a karesansui dry garden and a pond garden. The gardens are a designated National Scenic sites. Both were built in the Momoyama style around the year 1600. Both gardens feature the local Awa No Aoi Ishi, a local green-blue rock - Tokushima chlorite schist. The design of the garden is attributed to Ueda Soko, a famous samurai monk. Ueda also creating a distinctive style of tea ceremony which is named after him. Japanese gardens are often associated with tea ceremony. The dry garden was attached to the guest quarters of the palace. Its most distinctive feature is the bridge made of a single stone over ten meters long, the longest such rock in Japan. The pond garden also features a bridge of a single, cut rock, though only 5 meters in length. It is believed to be one of the earliest examples of its kind. The water in the pond rises and falls with the tide as it is fed by the tidal inner moat of the castle. The pond garden was attached to the Lord's private quarters. 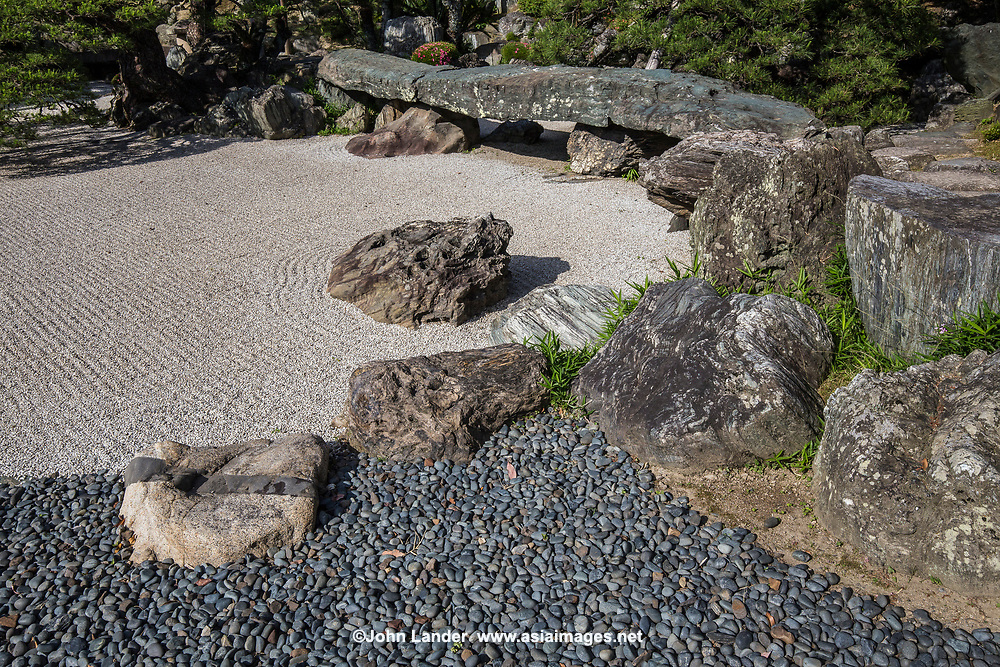