View out the Window of the Tibet Train - The Qinghai-Tibet Railway, the highest rail line in the world, is usually called the Tibet Train. Its 1,200 miles of tracks traverse 342 miles of permafrost, lots of it at altitudes exceeding 12,000 feet. The end of the line is Lhasa, Tibet. Proponents of the new railway say it will bring economic development to the Tibet and China's hinterlands as Tibet and China's far west lag behind the rest of the country, and rail connectivity promises to be a crucial tool for closing that gap. Critics say the railway is a political tool to strategically stitch Tibet into the fabric of China and facilitate the westward migration of ethnic Chinese. The only thing about the train that everyone agrees on, the the Tibet train is an engineering marvel. 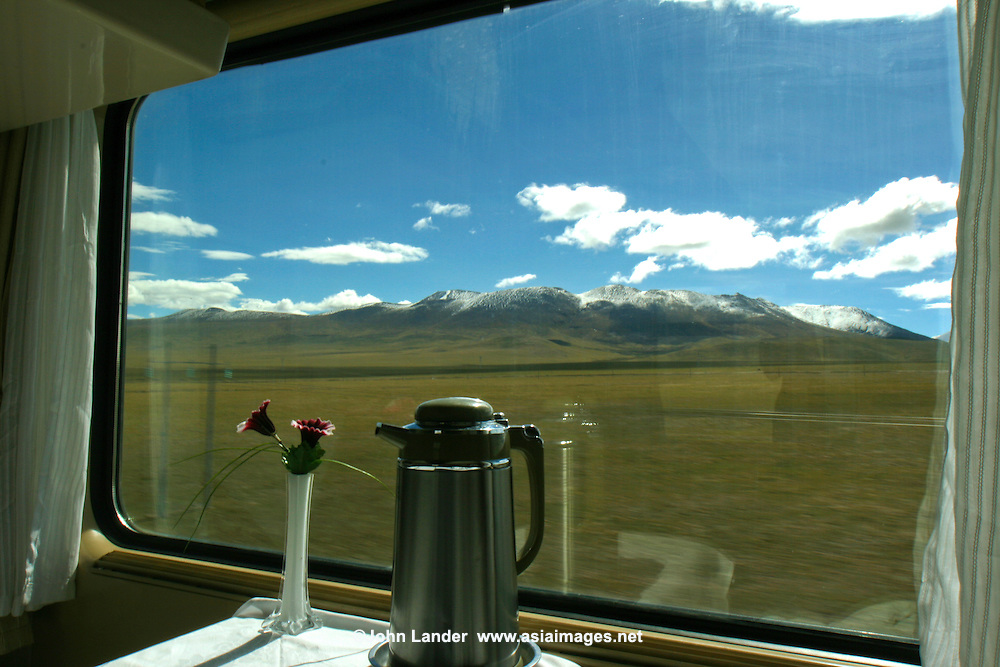