Japanese Monk at Daitokuji - The schools of Zen that currently exist in Japan are the Soto, Rinzai, and Obaku. In the year 1410 a Zen Buddhist monk from Nanzenji, a large temple complex in Kyoto wrote out a landscape poem and had a painting done of the scene described by the poem. Then, following the prevailing custom of his day, he gathered responses to the images by asking prominent fellow monks and government officials to inscribe it, thereby creating a shigajiku poem and painting scroll. Such scrolls emerged as a preeminent form of elite Japanese culture in the last two decades of the fourteenth century, a golden age in the phenomenon now known as Japanese Zen culture 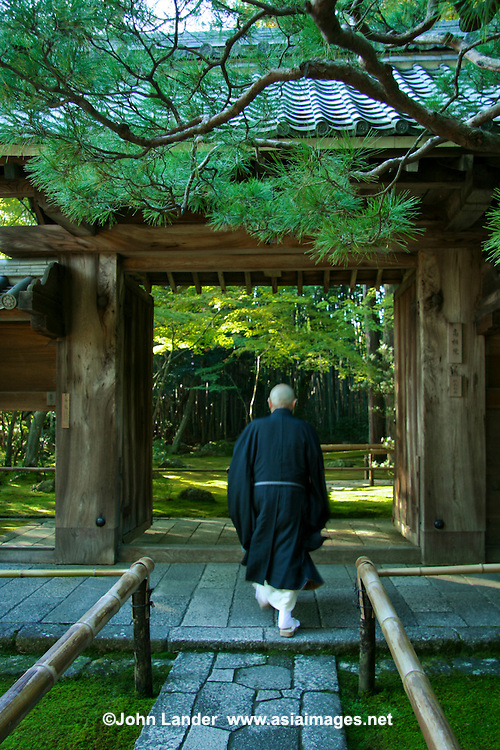