Wat Pan Tao meaning "to increase 1,000 times." The temple was built in the late fourteenth century and was one of four monastic temples serving the royal temple next door: Wat Chedi Luang.. The temple's most interesting feature is its teak wooden wiharn, which was formerly a royal residence but the practice in Lanna was for each new king to built a new palace. The old palaces were often 'recycled' into other uses, especially in temples. Over the main entry door on the east end of the chapel is a large gilded wood carving depicting a peacock flanked by several other animals, some of which are mythical. The peacock was the symbol of the kings of Chiang Mai; this carving has appeared on stamps and other materials celebrating Chiang Mai's 700th anniversary. 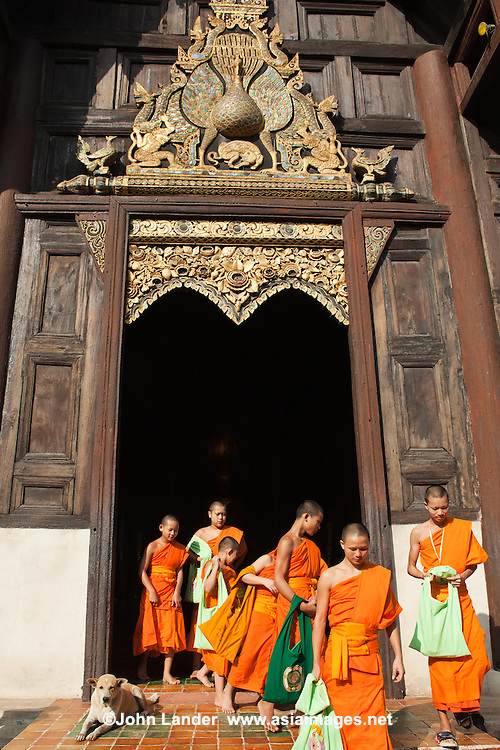