The Kyu-Kagoshima Bosekisho Gishikan or Old Kagoshima Spinning Engineers House is like its counterparts in other Japanese towns such as the foreigners' houses in Yokohama, Nagasaki or Kobe simply known as Ijinkan "Foreigners Residence". This classic Meiji period building was constructed in 1866 to house seven British engineers and one of the earliest Western-style wooden buildings in Japan.It was designated as an important cultural asset of Japan in 1953 and registered as UNESCO World Heritage as one of the sites of Industrial Meiji Japan in July 2013. 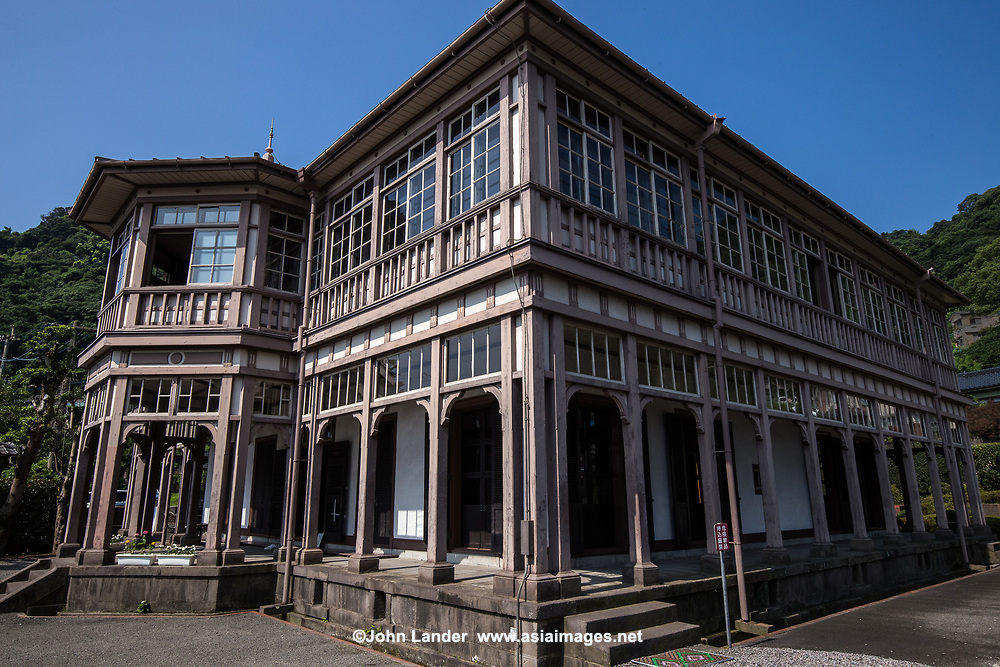