Daichiji Garden - The Horai garden at Daichiji is maintained by Shimizu Toshiharu, a priest who is also a teacher at a local school. The original concept of the garden was also an acoustic one. The smooth, soft sound of the wind blowing through the pines growing on the site since the 17th century was a reminder of the sea and islands depicted in the garden. The temple’s main garden is the Horai Teien made up of a cluster of azaleas set against the hillside. The shrubs are meant to suggest a treasure ship being tossed among undulating waves of the sea. Modern looking cubes and spheres form the treasure of the ship piled around the stones which represent the seven gods of fortune. The garden was built in the early decades after the Tokugawa government restored peace and stability at the beginning of the 17th century. Kobori Enshu is credited as the original designer of the garden though the temple was in ruins during Enshu's lifetime and it is more likely that his grandson was the designer of this garden. 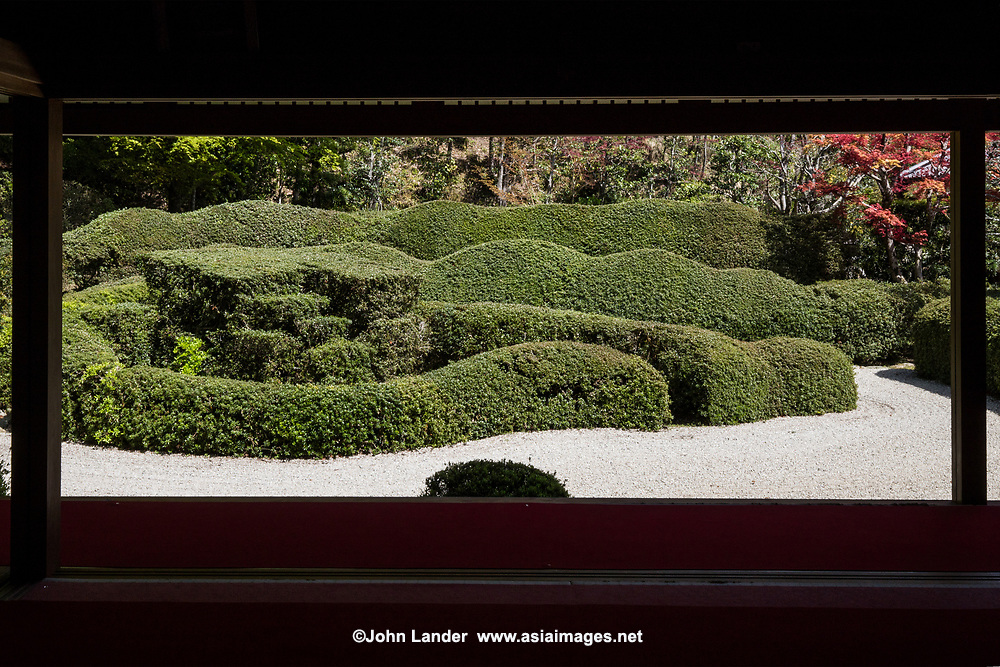