Jamek Mosque, officially Sultan Abdul Samad Jamek Mosque, is one of the oldest mosques in Kuala Lumpur. The name Jamek is the Malay equivalent of the Arabic word for a place where people congregate to worship. It is also referred to as Friday Mosque by the locals. It was designed by Arthur Benison Hubback in a Moorish or Mughal style architecture. It is located at the confluence of the Klang and Gombak Rivers. The Sultan of Selangor officially opened the mosque in 1909. The mosque was built on the first Malay burial ground in the city. Masjid Jamek served as Kuala Lumpur's main mosque until the national mosque, Masjid Negara, was opened in 1965. Although it is still officially a mosque, thanks to its massive compound and unique architecture, it has become a Kuala Lumpur landmark and one of the top attractions in the city. 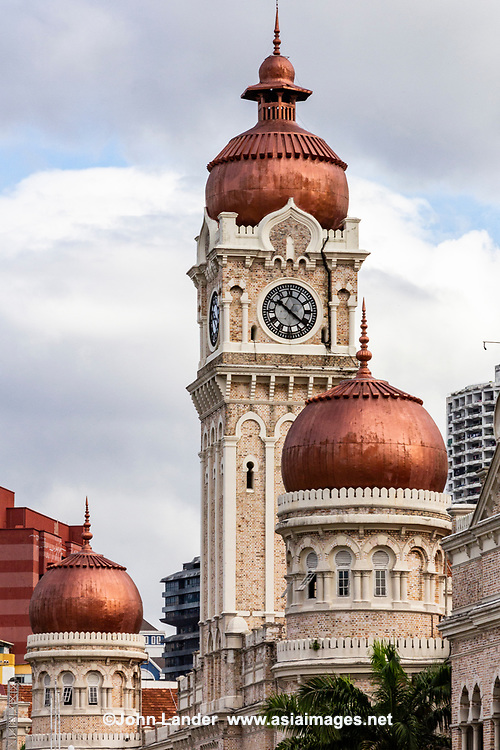