Roussillon, red colored and sitting atop a hill, has been named one of the Plus Beaux Villages de France or the Most Beautiful Villages of France. It’s unknown why geological changes should have caused russet pigments here and not elsewhere in Provence. Roussillon City Office suggests a legend involving a a doomed love affair between a troubadour and a chatelaine in addition to more scientific explanations. Mining of ochre ceased in Roussillon itself but ochre remains the cornerstone of the town’s tourist industry. The nearby Ochre Trail or Sentier des Ocres is an enjoyable hiking trail through a former ochre quarry. Place de la Mairie is the main hub of activity as well as Place du Pasquier on Thursday mornings when there's a large market. Roussillon was famously home to Samuel Beckett who went in hiding in Roussillon after having fled from Paris. Beckett worked on a farm and vineyard while continuing his French Resistance activities. Beckett referred to Roussillon in his most famous play Waiting for Godot. 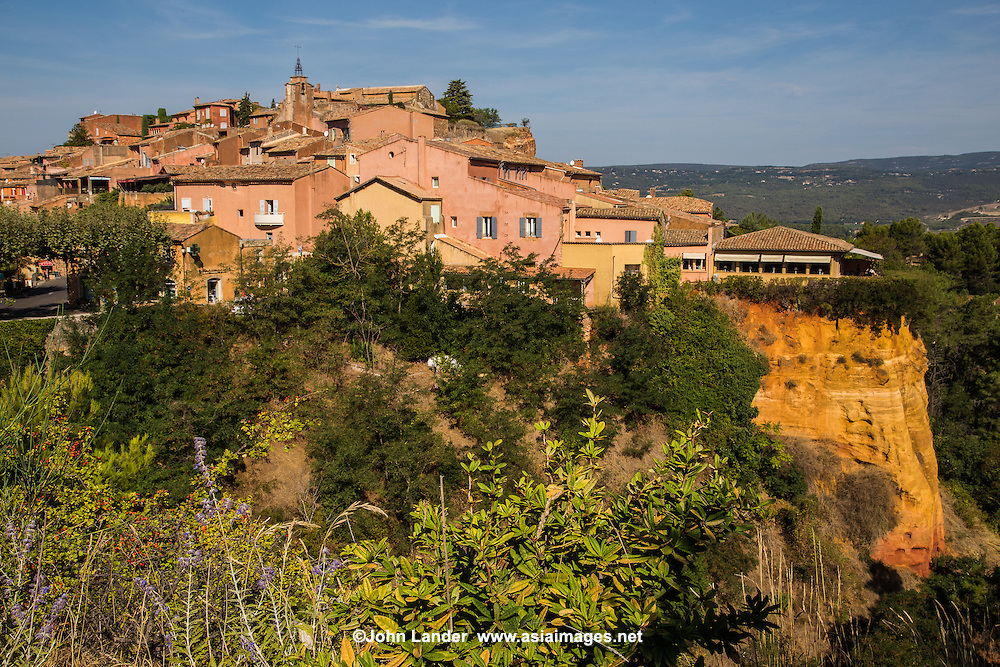