Angkor Wat Monks - Angkor was built for the king Suryavarman II in the early 12th century as his state temple and capital city. As the best preserved temple at Angkor Archeological Park, it is the only one to have remained a significant religious centre since its foundation - first Hindu dedicated to the god Vishnu, then Buddhist. It is the world's largest religious building. The temple is admired for the grandeur and harmony of the architecture, its extensive bas-reliefs, and for the numerous guardian spirits adorning its walls. The modern name, Angkor Wat, means "City Temple"; Angkor which comes from the Sanskrit word meaning capital or city. Wat is the Khmer word for temple. Prior to this time the temple was known as Preah Pisnulok, after the posthumous title of its founder, Suryavarman II. 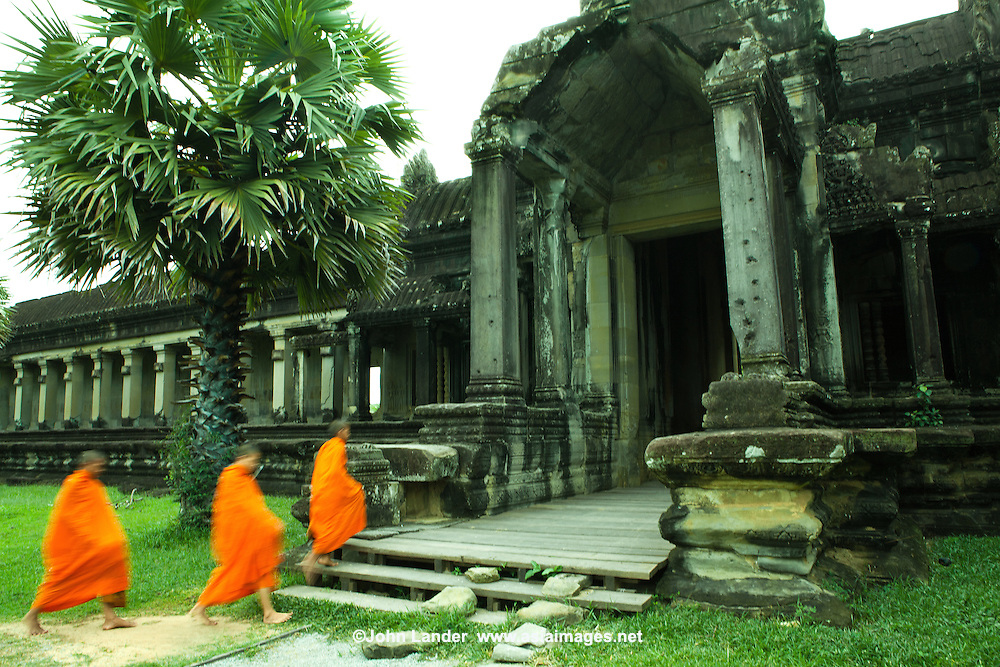