Tiger Teeth at Namba Yasaka Shrine - Namba Yasaka Shrine was once a Buddhist temple, though it was destroyed by fire. After the Meiji Restoration the temple was closed down because of the separation of Shinto and Buddhism. The original shrine buildings were burned down during WWII, therefore the buildings that stand today are reconstructions. Its most famous feature is the large lion head Ema-Den. Yasaka Shrine is a dazzling kitsch building in the form of a lion-shaped stage - unique to say the least, especially when compared to the austere shrine next to it. The shrine also hosts a famous Tug-of-War ritual, held on the third Sunday in January every year. This ceremony is based on a Japanese myth that the diety of the shrine Susano-o-no-mikoto killed the large snake which eliminated hardships. 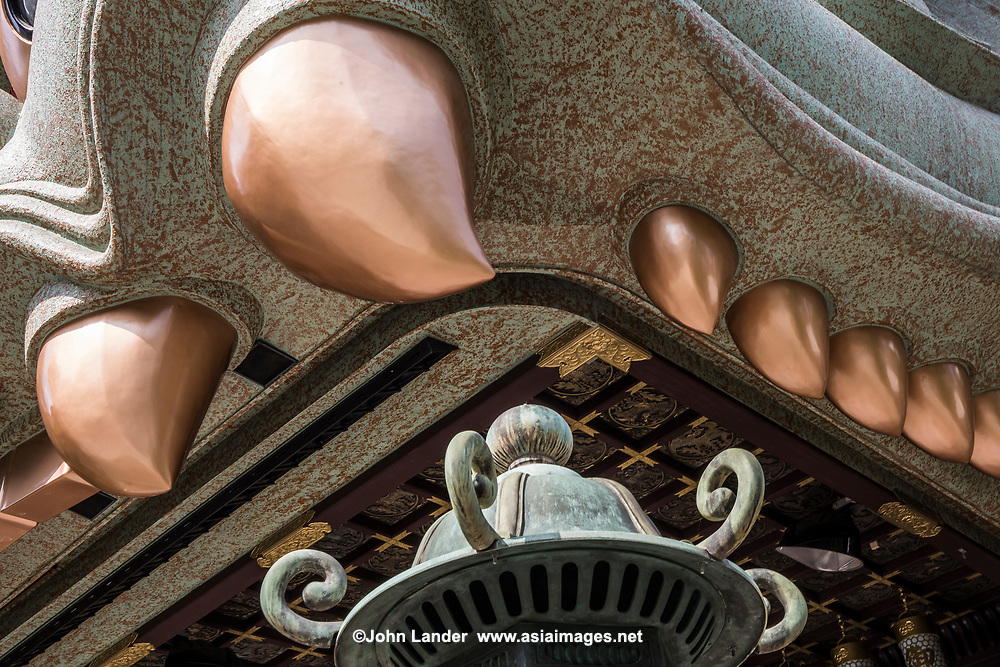