Thai Monk Collecting Alms - Most activities are carried out on the Mae Klong River or the connecting canals in the Amphawa area. This includes monks traveling from temple to temple, and collecting alms on the morning rounds. The respect given by a lay Buddhist to a Buddhist monk or nun is not charity as presumed by Westerners but it is closer to a symbolic connection showing humility and respect. The presence of so Buddhist monks is a stabilizing influence in Thai society and the act of alms giving assists in connecting lay people to the monk and what he represents. 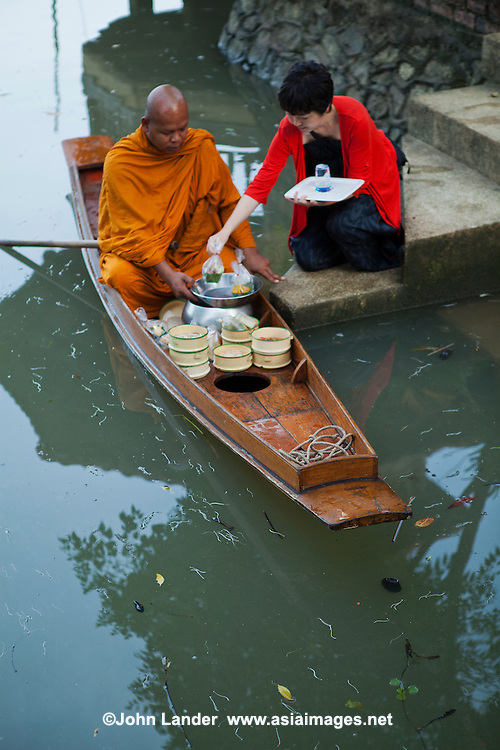