Sennyu-ji Garden - Sennyu-ji Temple is at the foot of Mt. Tsukinowa in Higashiyama Kyoto. The origin of this temple, which is called Mitera by locals can be traced back to the Tencho Era when Kobo founded a small temple in its current place. Kobo Daishi’s temple was called Horinji and later Senyu-ji when larger buildings were added and the temple was renamed after the clear water which began flowing from the area and called it Sennyu-ji “temple of flowing fountain”. The temple was supported by the Imperial family, and several emperors are buried here, playing the role of the temple of mourning for the Imperial family.The imperial patronage of Senyu-ji produced the nickname Mitera, meaning the Imperial Family's temple. The showcase of the temple is its zen garden in front of the Reimei hall. 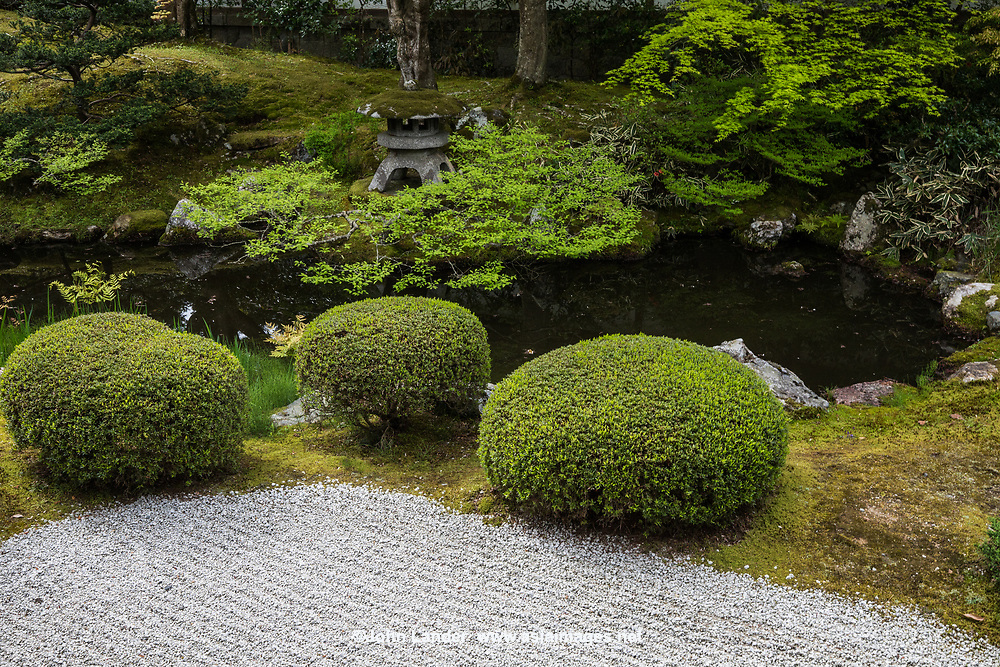