Ho Chi Minh City Hall was built in 1902-1908 in a French colonial style for the then city of Saigon and called Hotel de Ville de Saigon - It was renamed after 1975 as Ho Chi Minh City People's Committee Hall. The building is Illuminated at night, though it is not opened to the public. Saigon Town Hall was completed in 1908. Its French builders imitated town halls in Europe. Once the Communist government took over in 1975 the building took on its present name. Its French-Colonial architecture and cream and yellow coloring, not to mention its iconic statue of Ho Chi Minh himself, make it a symbol of Saigon. 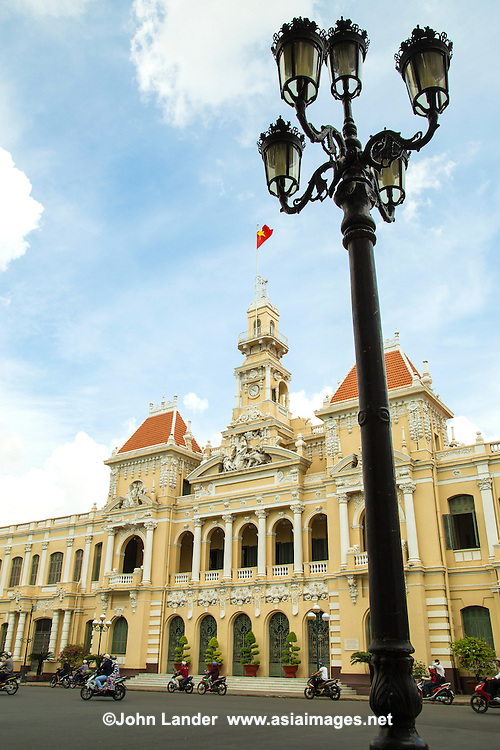