Dutch Square is the popular name for the Malacca Town Square. The name Dutch Square came about since the British administration on account of the numerous Dutch-era administrative buildings left behind by the departing colonial forces. The square is said to have been built in the middle of the 17th century, and the Dutch lined it with the main townhouse, or Stadthuys, along with the Dutch Reformed Church, now called Christ Church. n recent years, the Dutch Square has also been called the Red Square, since many of the Dutch buildings were now painted maroon. The color scheme was started by the British in the 1920's, when they painted them salmon Red. The local authorities darkened it to maroon in later years. 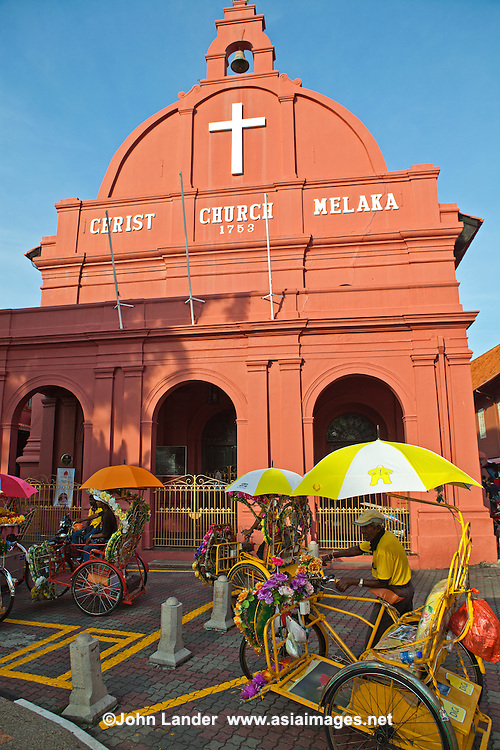