search results
Image 1 of 1567
Next
Less

Phu Phra Bat is one of the premier attractions in Isaan although its location in rural Udon Thani province keeps the crowds at bay. Large boulders appear to balance on top of impossibly small rocks, rimmed by ancient Buddha images shrouded in legend. Phu Phra Bat combines a beautiful landscape along a forest trail speckled with religious arts going back over 3000 years. The park’s huge mushroom shape rock formations were the result of erosion that took place when the terrain was under the sea millions of years ago. Narrow sandstone stems hold up the weight of harder and larger chunks of rock up above them. Similar formations can be seen at Pha Taem national park but those at Phu Phra Bat are more spectacular, as if defying the laws of gravity. The most haunting set of stones is found at Kou Nang Usa, known as Thai Stonehenge. Ranging in height from one to three meters, seven markers have stood through the centuries in a circle surrounding a jagged rock formation rising from a broad stone floor. The park's distinguishing feature is its unusual rock formations around which religious shrines have been constructed. Some formations also feature prehistoric rock paintings. 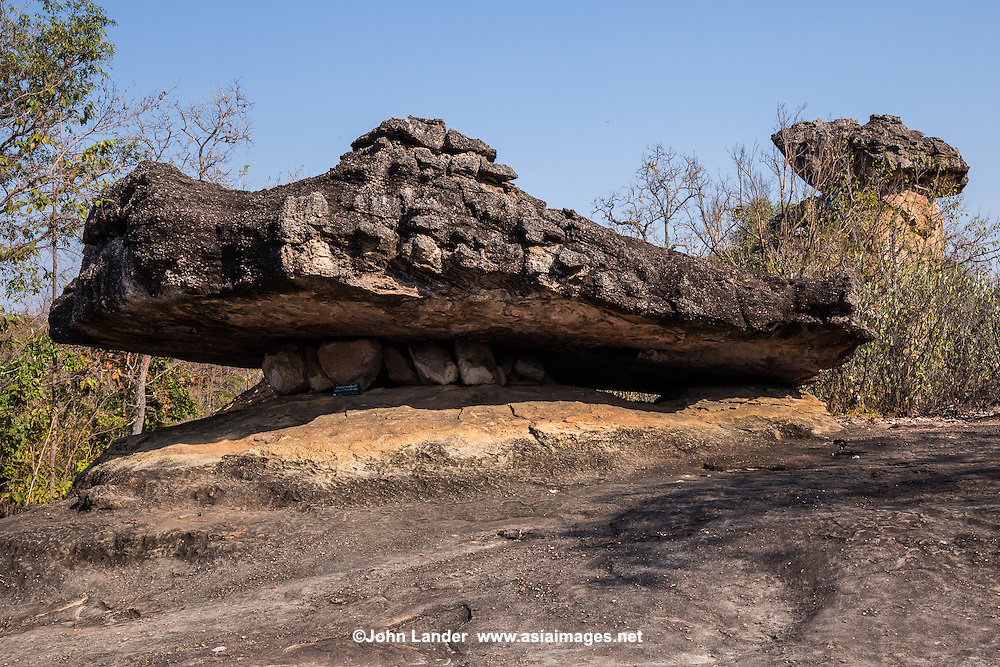