Honda unveils the new electric cub, a repro of its old timer "Cub" one of the most popular and widely sold motor scooters in the world. This one, however, is electric. Tokyo Motor Show is a biennial auto show held in October or November at the Makuhari Messe event space in Japan for cars, motorcycles and commercial vehicles. Hosted by the Japan Automobile Manufacturers Association (JAMA) it is a recognized international show by the Organisation Internationale des Constructeurs d'Automobiles, and normally sees more concept cars than actual production car introductions. The press see the show as one of the big five along with Detroit, Geneva, Frankfurt and Paris. In 2009 new hybrids and electric vehicles from Japan's leading automakers dominate the show. Toyota Motor Corporation introduced its 1/X concept vehicle, a Prius-like sedan that has a third of the weight of the Prius and obtains double the Prius' fuel economy. The vehicle cuts its weight by using carbon fiber reinforced plastic in its frame and boosts fuel economy with a small plug-in hybrid powertrain that can be fueled with either gasoline a blend of 85% ethanol and 15% gasoline. Toyota's other plug-in hybrid concept, the Hi-CT, is a small, boxy, two-door vehicle aimed at the youth market. Among the other automakers, Honda Motor Company, Ltd., unveiled the CR-Z, a "next-generation lightweight sports car" that features Honda's hybrid electric drivetrain, and the PUYO, another small, boxy vehicle, powered by a fuel cell. Honda will also unveil the one-wheeled scooter transport, the Honda U3-X. While Nissan unveiled the Pivo 2, a small electric vehicle with a lithium-ion battery pack and wheel motors.. 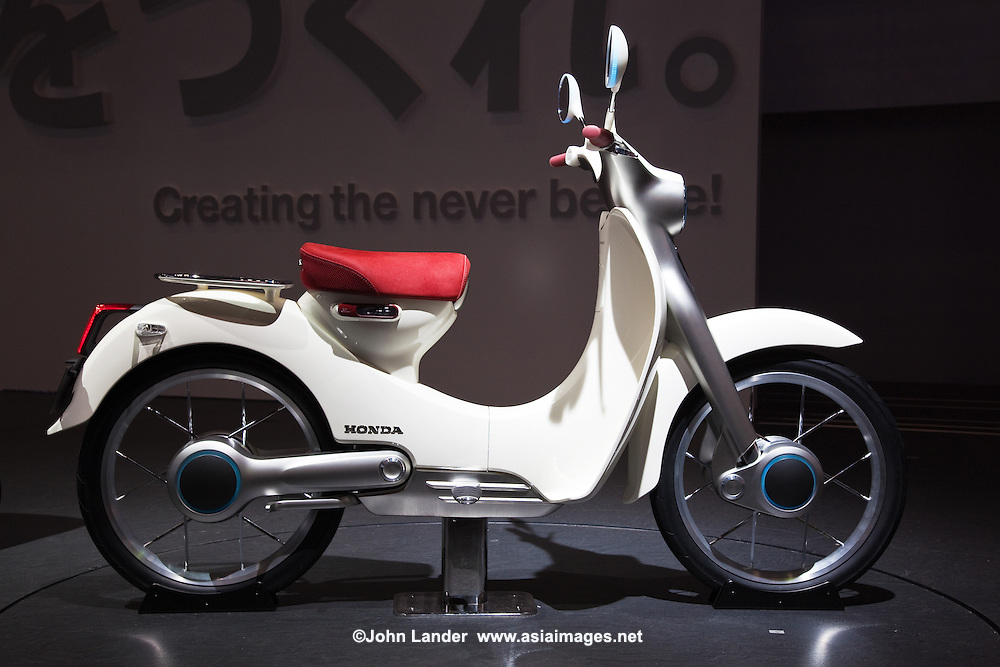