35. Kagura 神楽 literally ‘entertainment of the gods’ has its origins in Japanese mythology and predates Kabuki and Noh as performing arts in Japan. It was originally performed only by shinto priests and acolytes during ceremonies, meant to entertain shinto divinities. The spectacle starts with a ritualistic dance to welcome the deities and then the entertaining performances follow.  Performers dressed up in elaborate costumes dance to music from traditional Japanese instruments. The performers play deities, demons, and sometimes humans who appear in ancient Japanese mythology. Hayachine Kagura, an austere form of Kagura from the mountains of Iwate Prefecture, has been given intangible UNESCO status, although all forms of kagura share similar qualities. 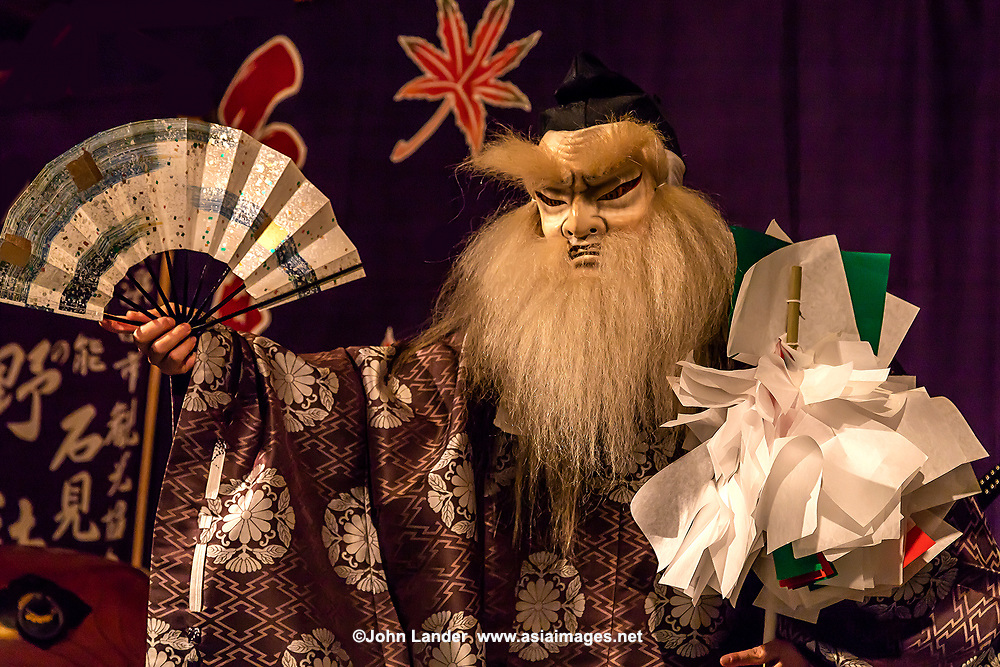