Kyogen has been linked with noh theatre since early times. The main difference between the two forms is that kyogen is more of a comedy something that cannot be said of Noh Theatre. In fact Kyogen is usually presented as a kind of humorous intermission between Noh plays. Kyogen first emerged as an independent art form when it already began appearing on performance programs alongside noh. Kyogen usually involves two or three actors who lead the audience to gentle laughter through dialogue performed with carefully presented gestures spoken in a conversational style. During the Heian the phrase "wild words and fancy language” and gradually, the term that had been used as meaning nonsense or a joke ultimately coming to refer to the stage art of kyogen. 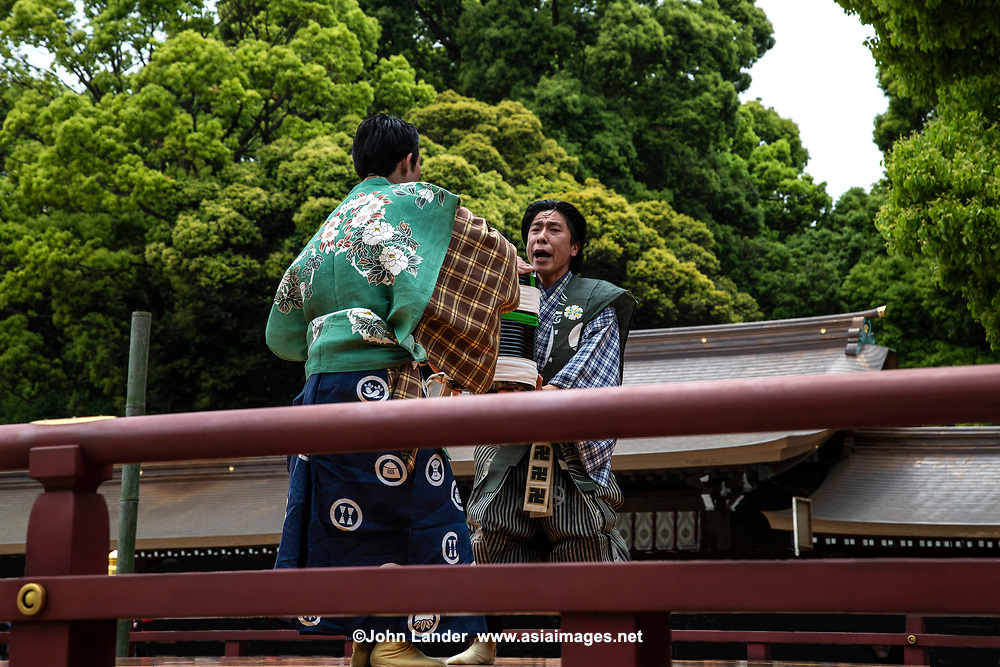