The National Museum of Western Art in Ueno Park Tokyo is devoted to European and Western arts. The museum is also known as NMWA National Museum of Western Art. The museum was opened in 1959 and designed by French-Swiss architect Le Corbusier and originally housed the personal collection of Matsukata Kojiro. The building is a perfect example of Modernism hat encompasses several of Le Corbusier's key ideas. Galleries are laid out in a square plans, visitor traffic circulation is mostly via ramps and skylights bring natural light into the galleries. The facade is made of precast concrete panels. Although Le Corbusier took the lead on the design, he left the detailing and construction supervision to three Japanese apprentices. The National Museum of Western Art is the famed architect's only built project in the far east. Today the museum hosts the work of significant western artists including Rodin, Manet, Picasso and Pollock in its courtyard with special exhibitions throughout the year. UNESCO recently added the building to its list of significant architectural and historical sites, along with 16 other Le Corbusier projects. It is Tokyo’s only UNESCO World Heritage site. 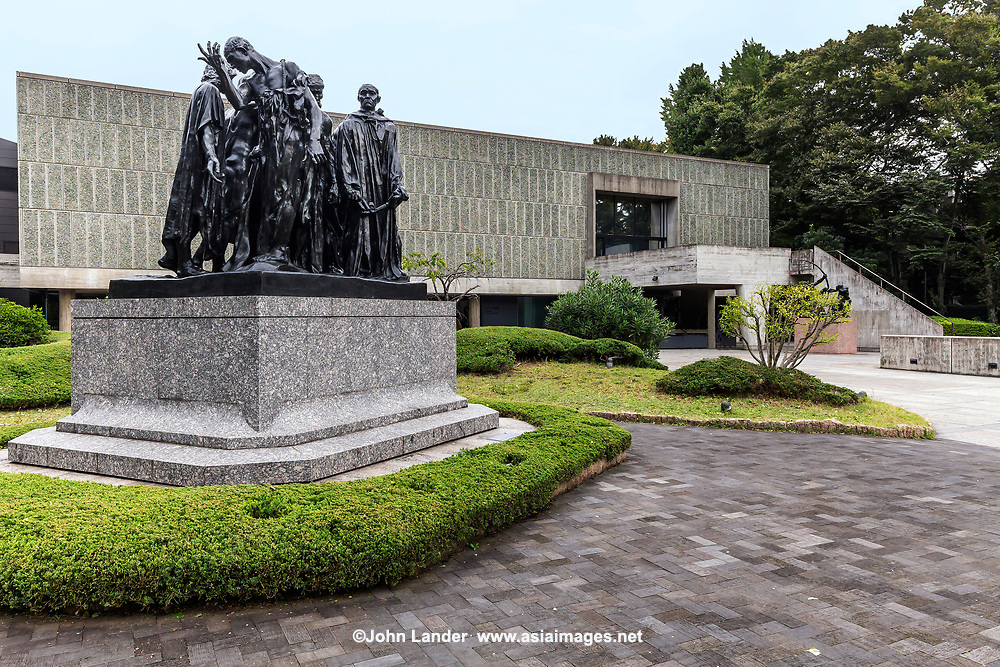