Tokyo Station opened in 1914. During this early era, the station only had gates on the Marunouchi side. Much of the station was destroyed in 1945 during WWII though the station was quickly rebuilt within the year with simple angular roofs. The Marunouchi part of the station was restored to pre-war condition completed in October 2012 . The bombing of Tokyo during World War II caused extensive damage to the Tokyo Station building, shattering the domes which originally adorned the rooftops of the building. Angular rooftops replaced the domes in the 1946 restoration, but remained until 2012. The surrounding area has been converted into a plaza extending toward the Imperial Palace, reviving the area to its former spacious and lively character. 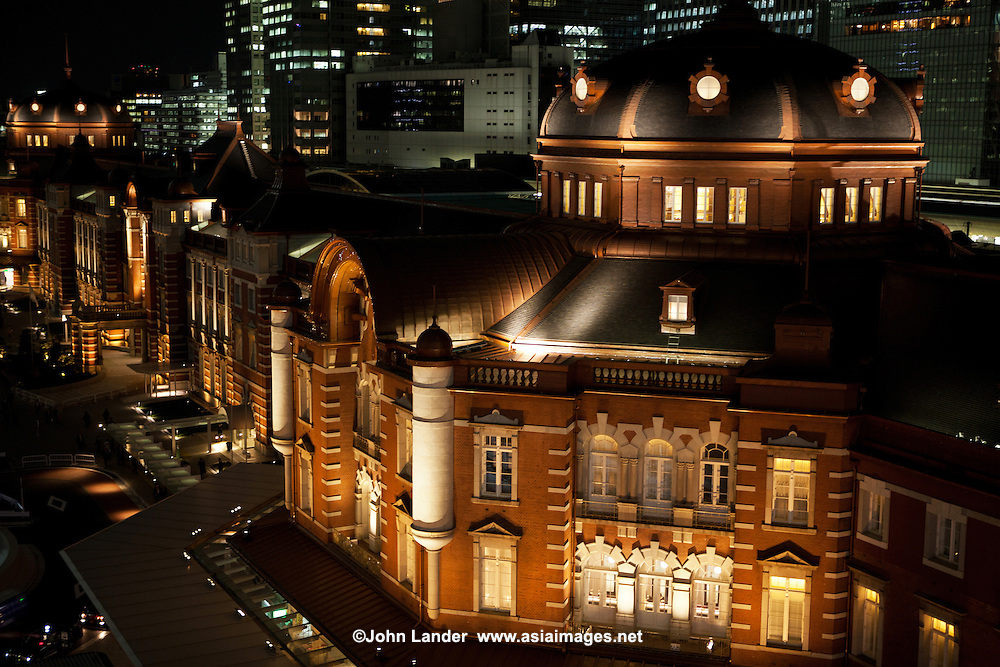