Bangkok Hualamphong Railway Station is the main railway station in Bangkok operated by the State Railway of Thailand. Hua Lamphong is the informal name of the station, used by both foreign travelers and locals in Bangkok. The station began service in 1916 and was built in an Italian Neo-Renaissance style, with decorated roofs and stained glass windows. The architecture is attributed to Turin born Mario Tamagno, who was also responsible for the design of several other early 20th century public buildings in Bangkok. Hualamphong serves over 130 trains and approximately 60,000 passengers each day. The station is also the terminus of the Eastern & Oriental Express, a luxury cruise train. 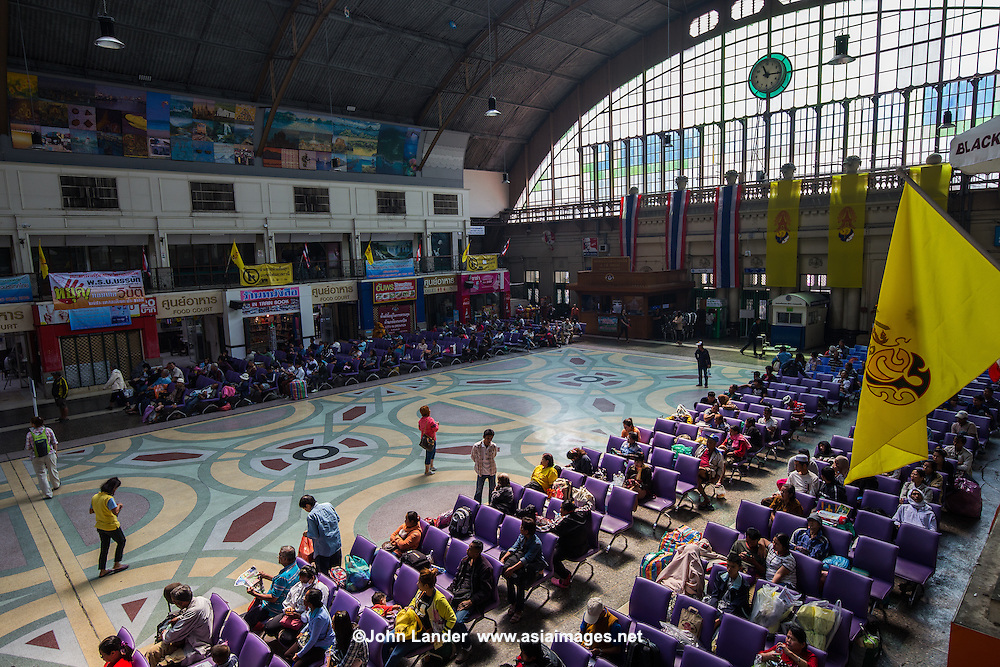