Kobo Daishi is the posthumous name of Kukai one of Japan’s most renowned Buddhist monks. He was known for being a poet, calligrapher, engineerscholar, artist and perhaps most importantly the master who propagated Buddhist teaching and education in general in Japan. He standardized, developed and popularized kana scipt so that the masses could learn to read without having to known thousands of kanji or Chinese characters. His family were members of the artistocracy of the Saeki family a branch of the ancient Otomo clan. At the age of 15 his studies in Chinese classics began, then went on to study at Nara, at the time the capital of Japan. In Nara he became disillustioned with Confucianism and devoted himself to Buddhist studies, the temples in Nara possessed libraries though he needed more and so embarked for Chines to study under Master Huiguo in Xian at Xi Ming Temple. 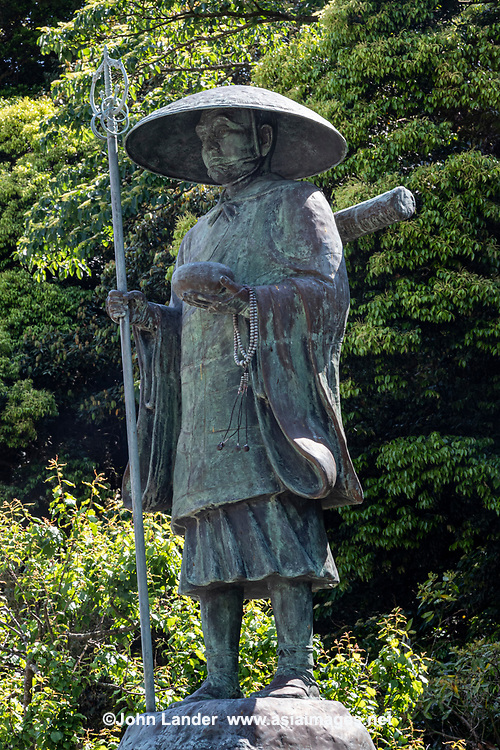