Nakagawa Brick Factory- The remains of the Nakagawa Brick Factory are a conglomerate of old bakestone buildings dating back to the Meiji period. Back then the Imperial government hired hundreds of foreign experts to turn Japan into a modern industrialized country - one construction material barely used in Japan was bricks – because brick buildings are heavy and vulnerable to earthquakes; which are not a problem in Europe, where bricks were quite popular. Nevertheless bricks were introduced to Japan, mainly to build previously unknown, modern western buildings like train stations, beer breweries, and industrial installations. The Nakagawa Brick Factory dates back to the year 1883 when Nakagawa Hisao founded the factory in Omihachiman, once famous for trading and pottery. The heart of the factory was a Hoffmann kiln, a huge oven for the perpetual baking of bricks and other pottery, invented by German master builder Friedrich Hoffmann. The Nakagawa Brick Factory continued to produce and sell bricks until 1967. 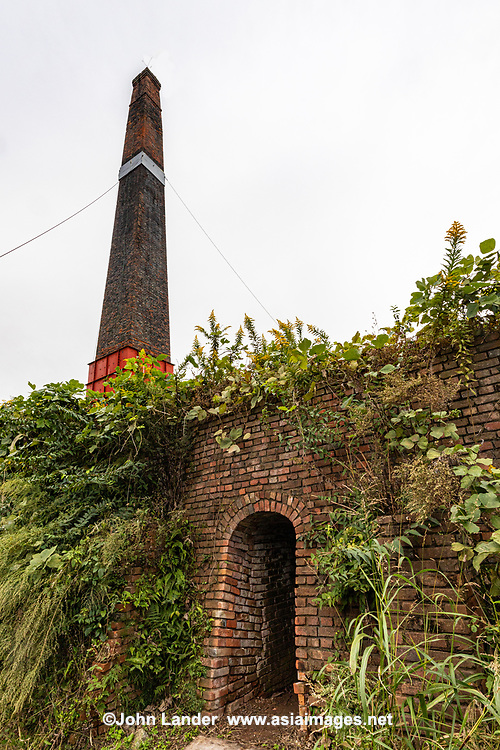