Noh theater involves music, dance and drama and themes are structured around song and dance. Movements are slow, the tone is monotonous though the language is poetic and the costumes are rich and elaborate. Plots are usually drawn from legend, history, literature and contemporary events. Themes often relate to dreams, supernatural worlds, ghosts and spirits. Its origins are the 14th century and was developed together with kyogen - comical pieces performed during interludes of the main noh performance. The dual arts of noh and kyogen combined is known as nogaku - listed as an Intangible Cultural Heritage by UNESCO. Noh was popularized by Zeami during the Muromachi Period and attracted the government's patronage of the art form. Four main noh troupes were established, receiving sponsorship from shrines and temples. During the Tokugawa Period the shogunate made noh its official ceremonial art and issued regulations for its governance. Noh thus became more standardized with an emphasis on tradition rather than innovation. A fifth troupe was added which have survived and perform even today. Noh is performed on a square stage with all sides of the stage open, except for the back side which consists of a wall with a painted image of a pine tree. One key element of noh are the masks which tell the audience what character is being portrayed: demons, spirits, women and men of different ages. These masks are carved from blocks of Japanese cypress. The costumes have multiple layers and textures that create an effect of resplendence. Fans are also used to express different objects such as lanterns or knives. 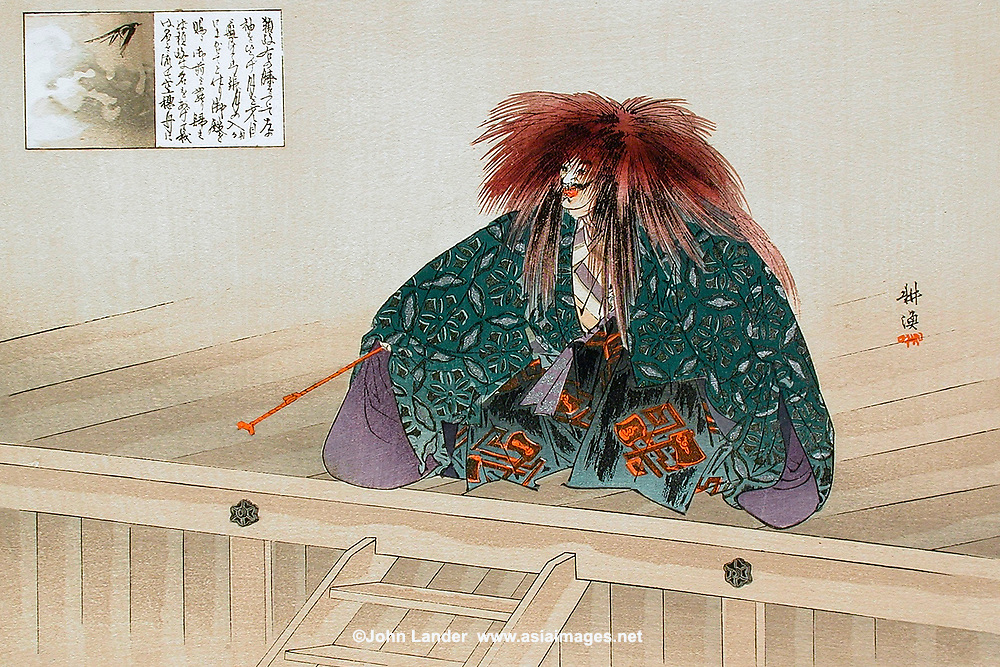