Admiral Matthew Perry appeared in Tokyo Bay in 1853 during the closing days of the Tokugawa shogunate. The shogun didn't have large ships to defend itself from an attack by the foreign warships. So it divised batteries off the coast of Shinagawa Tokyo. In the end, they went unused and were neglected. They were known as Shinagawa Daiba. The batteries lasted until the Showa period,though only the two best preserved remain. They were designated national historic sites and was opened to the public as Daiba Park. 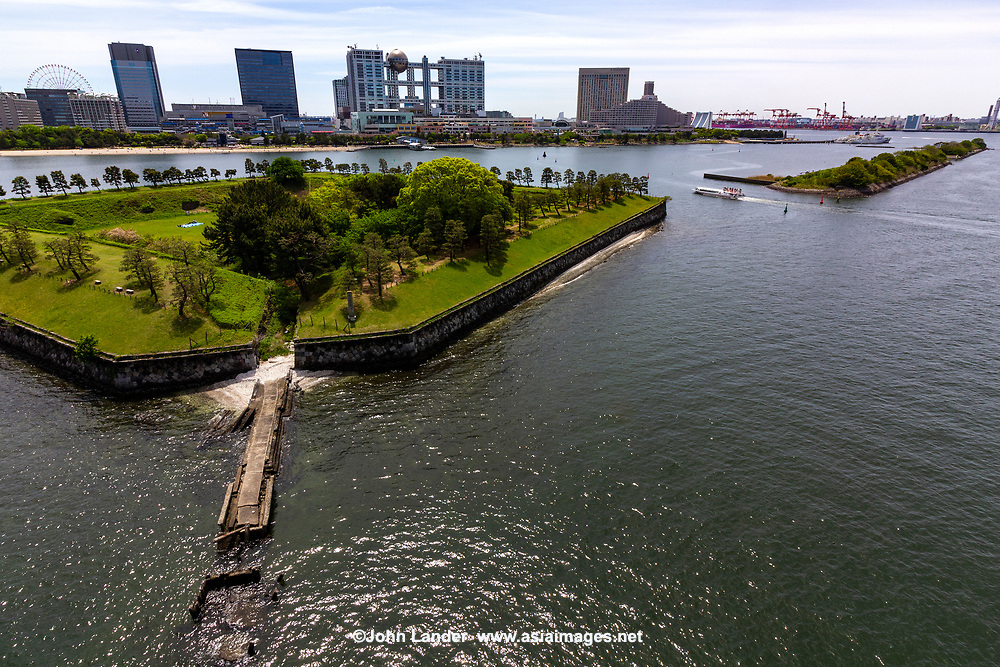