Horyuji Temple was founded by Prince Shotoku in 607, credited with the early propagation of Buddhism in Japan. Horyuji is one of the country's oldest temples with the world's oldest surviving wooden structures. It was designated a UNESCO World Heritage site in 1993. Horyuji's temple grounds are divided into two main precincts, the Western Precinct and the Eastern Precinct Enclosed by roofed corridors, the Western Precinct is home to the world's oldest surviving wooden structures which are: the central gate Chumon, the main hall Kondo and a five storied pagoda. They were built during the Asuka Period and have never suffered damage or destruction although they have been renovated many times over the centuries. The main hall houses some of Japan's oldest statues of Buddha where visitors can witness the evolution of Japanese Buddha statues which had lost the more East Indian appearance in earlier creations. The Eastern Precinct showcases the octagonal shaped Yumedono Hall of Visions with life size statues of the founding prince surrounded by statues of Buddha and rakan disciples. 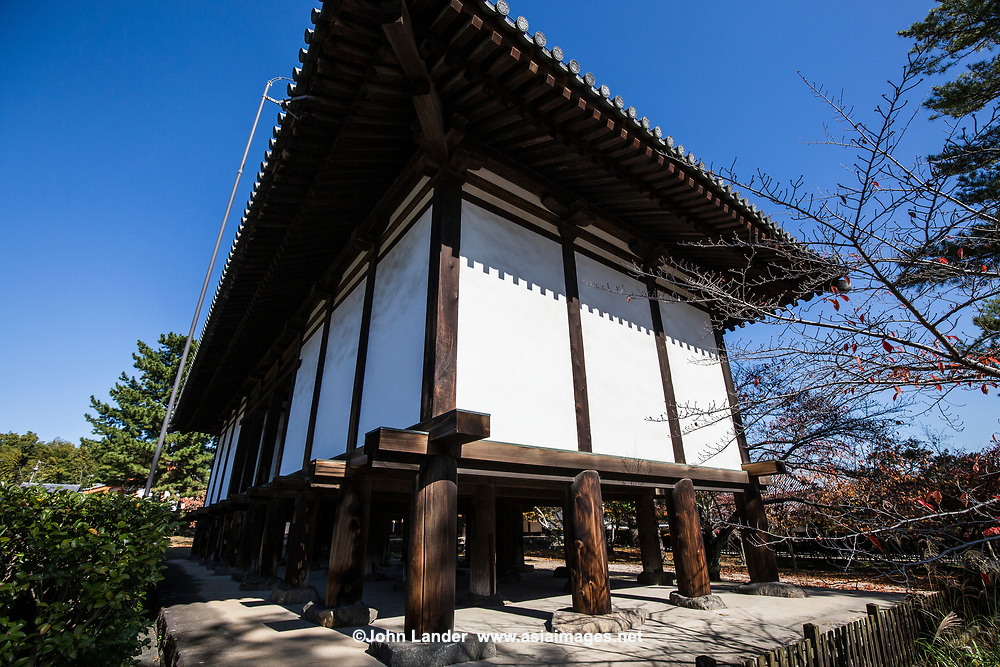