Tamozawa Imperial Villa Goyotei blends traditional Edo and early modern Meiji Period architecture throughout its 100 rooms. The villa was erected in Nikko in 1899, using parts of a residence that originally stood in Tokyo. Initially the building served as the Tokyo residence of a branch of the Tokugawa family before being moved to Nikko where it was turned into a summer residence and retreat for the Imperial Family. In the year 2000 the villa was opened to the public after renovation. The interior of the villa is a curious mix of Japanese and Western styles. Many floors are carpeted, and elaborate chandeliers hang from the ceilings. Although impressive in size and grandeur, Tamozawa Villa occupies only one third of its original space and now functions as a museum and memorial park with a manicured Japanese garden that surrounds the villa. 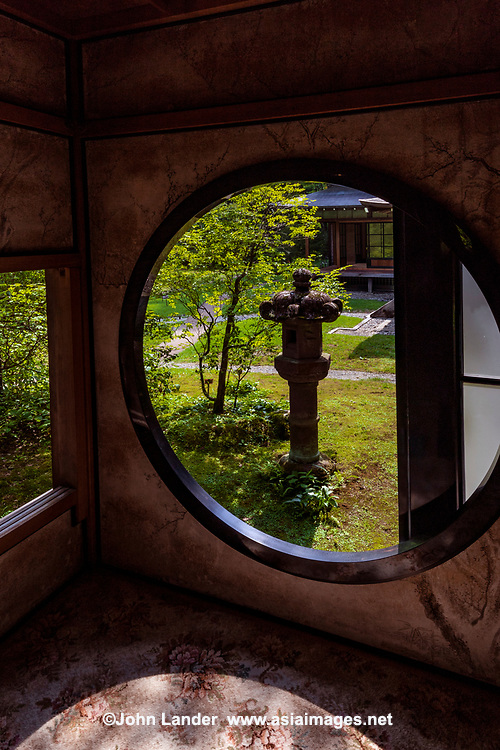