Jizos at Tennoji Yanaka - Tennoji is the oldest of the many temples in Yanaka Tokyo. It is a temple of the Tendai sect which was founded in 1274. Tennoji temple is surrounded by Yanaka Cemetery, which used to be a part of the temple premises the focal point is the large, several centuries old, bronze Buddha. Tennoji began life in 1274 as Choyosankannoji-sonjuuin temple. The large, bronze, seated image of Buddha was constructed by Ota Kyuemon in 1690 and is called Tennoji Daibutsu by locals. Tennoji Temple is a sacred place steeped in Japanese history. Much of the temple was destroyed during the civil war of 1868, except for the pagoda (now gone) and the Buddha statue remained unharmed. During the mid 1950s, a fire tore through the pagoda of the temple - the result of a bizarre double suicide arson, but the temple itself was restored to its original glory. The temple was designated as a historical landmark by the Japanese government. 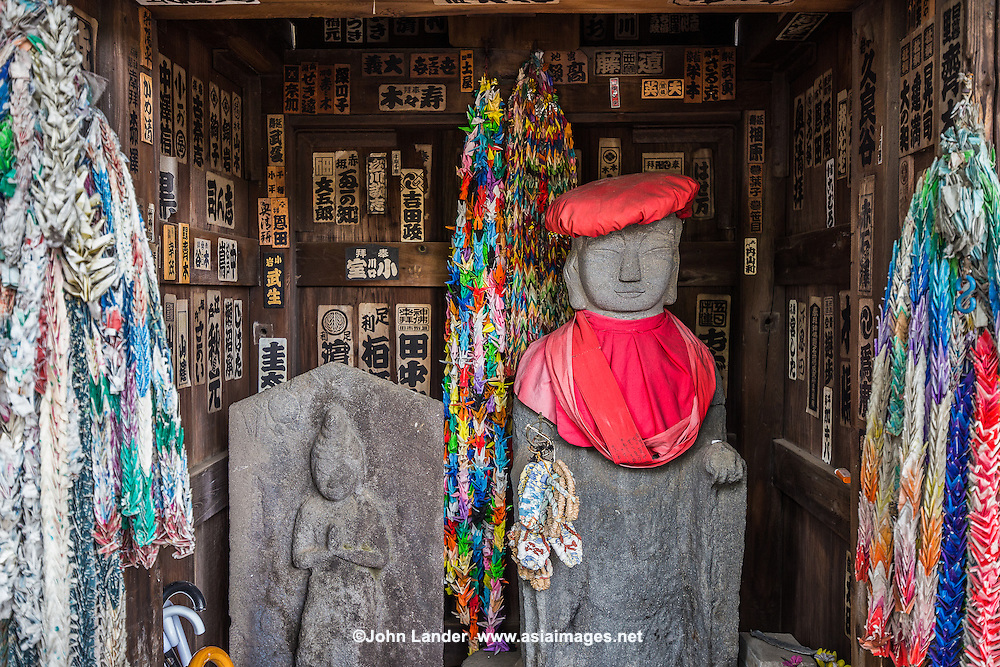