Borobudur is a Mahayana Buddhist Temple in Magelang, Central Java. The monument consists of six square platforms topped by three circular one, and is festooned with 2,672 bas-relief panels and 504 Buddha statues. The main dome is empty, located at the center of the top platform, though it is surrounded by 72 Buddha statues seated inside a perforated stupas. Borobudur was constructed in the 9th century and abandoned after the 14th century because of the decline of Buddhism in Java, and the Javanese conversion to Islam. Worldwide knowledge of its existence was rekindled in 1814 by Sir Thomas Stamford Raffles, at that time the British ruler of Java, who was told of its location by local Indonesians. Borobudur has since been preserved through several restorations and was declared a UNESCO World Heritage Site. Borobudur is the largest Buddhist temple in the world built over 1200 years ago. 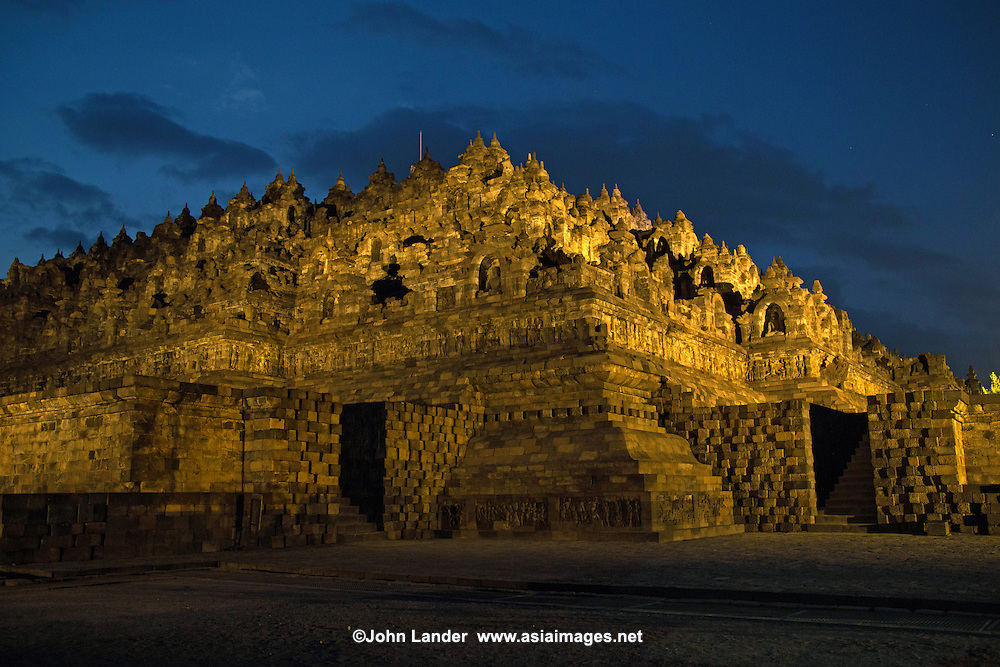