Wat Si Sawai, the most Khmer styled temple remaining at Sukhothai and the only one that appears to have originally been built for the worship of Hindu gods. The temple dates from the era of Khmer rule, and was probably built in the late 12th century..The central sanctuary is dominated by three massive prangs, representing the Hindu trinity. The stucco decorations on the towers are quite intricate, and depict guardians, garudas and naga serpents. The prayer halls on the south side of the prangs were added when the temple was converted into a Buddhist monastery in the 14th century. 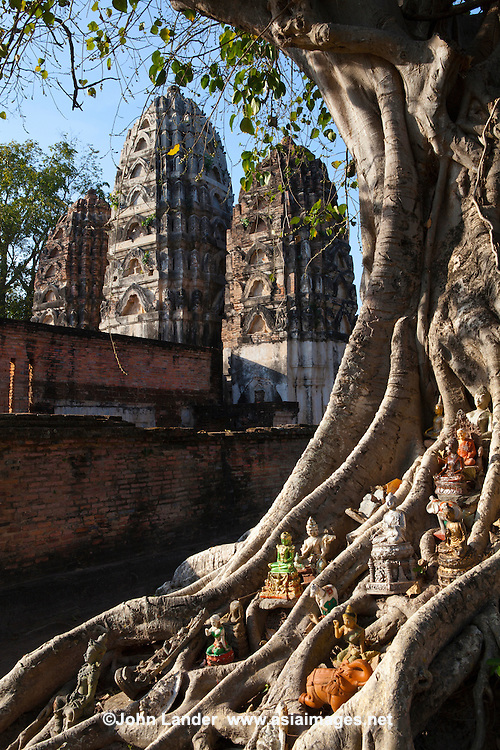