Launching a Krathong at Chatuchak Park Pond - Loi Krathong is celebrated every November throughout Thailand. The custom could be translated as "Floating Decoration" coming from the old tradition of floating decorations on a waterway. (Loi means 'to float', while krathong refers to the vessel itself). Traditional krathong are made from the banana tree trunk though modern ones are can be made of bread as these will disintegrate after a few days and can be eaten by fish. Banana stalk krathong are also biodegradable. Styrofoam krathongs are becoming less and less popular, as they take years to decompose. A krathong is decorated with elaborately-folded banana leaves, incense sticks and a candle. On the night of the full moon, Thais launch their krathong on waterway - making a wish as they do so. The festival originates from an ancient ritual paying respect to the water spirits. 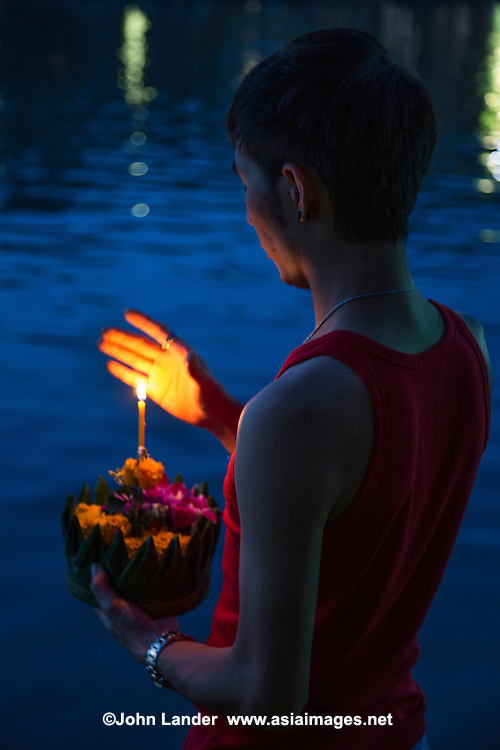