Buddha's Footprint at Wat Phra Pai Luang - the temple is the second largest of all in Sukhothai. It was built in the 12th century by the Khmer king, Jayavarman VII. The temple is even older than the ancient city of Sukhothai. Unlike many of the other temples in Sukhothai, the temple of Wat Phra Phai Luang has not been reconstructed, it lies in ruins and the Buddha images are missing heads in some places. It is thought that the temple of Wat Phra Phai Luang was converted to Thereveda Buddhist style after originally being built in the Khmer Hindu style.. 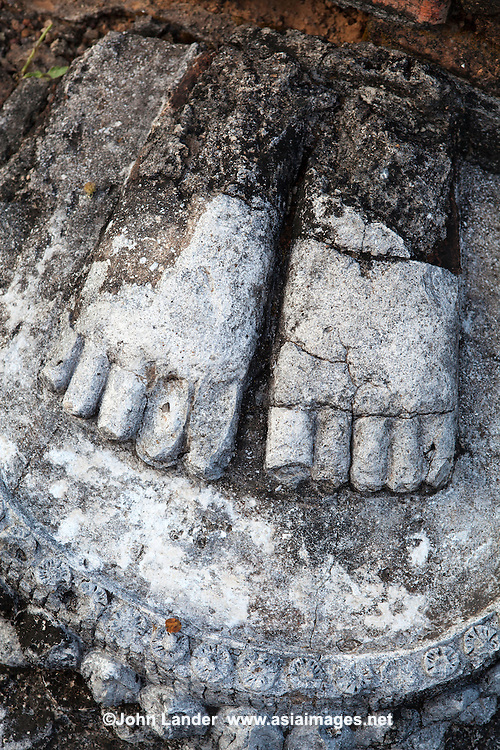