Until the Edo period Japanese fundoshi loincloths were almost universally used as underwear by Japanese men. By the end of WWII and increased westernization, fundoshi were common among most Japanese men. During the postwar occupation of Japanese, foreigners were surprised that men walked around town revealing their bottoms. Laws were enacted, prior to the 1964 Tokyo Olympics regulating nakedness in public places. As a result began to believe that the fundoshi loincloth was a vulgar thing to wear, even as underpants. Modern Japanese have come to tend to think that the fundoshi loincloth, is a embarrassing item. People generally have the image of the fundoshi as old, conservative or generally uncool, and only suitable for wearing at summer festivals. Even though fundoshi are used by sumo wrestlers, and are common even today during festivals, they are mostly popular only with Japanese gays of a certain type. However, some people value fundoshi as cool, healthy and comfortable underwear. There are a few types of fundoshi. The most common is called rokushaku, which literally means “six shaku” or 180 cm. There are also etchu, kuroneko and mokko styles. Fundoshi are normally made of cotton, though linen or silk crepe is also used. 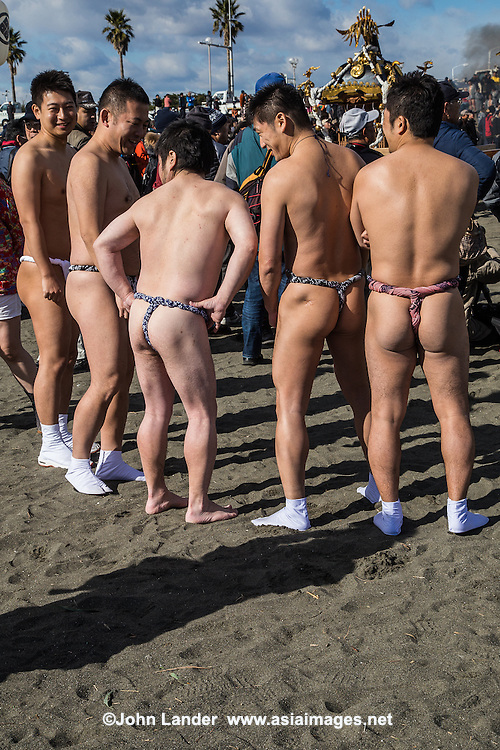