The Negishi Horse Racing Grandstand is one of the most famous of the abandoned ruins in Japan and a popular urban explorer destination, although it is nearly impossible enter its interior. The Emperor Meiji ordered the construction of this horse racecourse in 1866, so an English architect was commissioned to design this grandstand. It was built so tough that it withstood the Great Kanto Earthquake of 1923. In 1942 horse racing became illegal during WWII in Japan, when the Japanese military took over the building. After 1945 it was used as US headquarters of communications during the occupation. It is located near facilities of the US Fleet Activities and consequently the entire area is heavily guarded and monitored by surveillance cameras. It is said that there is a secret entrance of this place through an extremely creepy tunnel, though inside the grandstand all the windows are boarded up so that visibility is just about zero. Negishi Heights was returned to Japan in 1983 and it became a public park, with Negishi Horse Grandstand cordoned off as a kind of curiosity of the park, sectioned off by barbed wire fences. 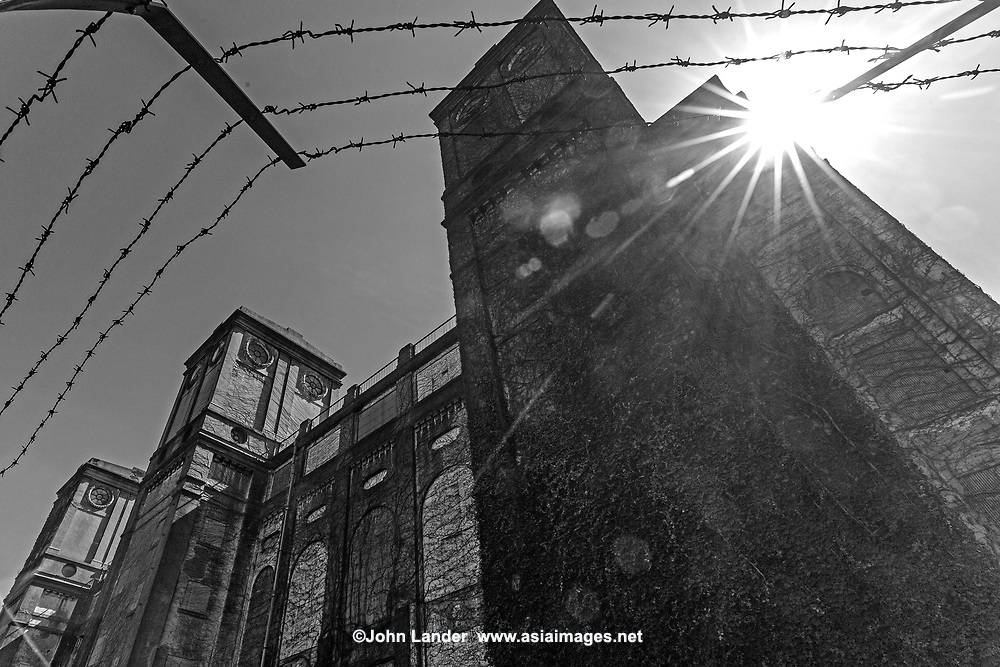