The Famous (A Famosa in Portuguese) is a Portuguese fortress located in Malacca, Malaysia. It is among the oldest surviving European architectural remains in Asia. The Porta de Santiago, a small gate house, is the only remaining part of the fortress still standing. In 1511, a Portuguese fleet arrived under the command of Afonso de Albuquerque. His forces attacked and defeated the armies of the Malacca Sultanate. Moving quickly to consolidate his gains, Albuquerque had the fortress built around a natural hill near the sea. Albuquerque believed that Malacca would become an important port linking Portugal to the Spice Route in China. At this time other Portuguese were establishing outposts in such places as Macau, China and Goa, India in order to create a string of friendly ports for ships heading to China and returning home to Portugal. 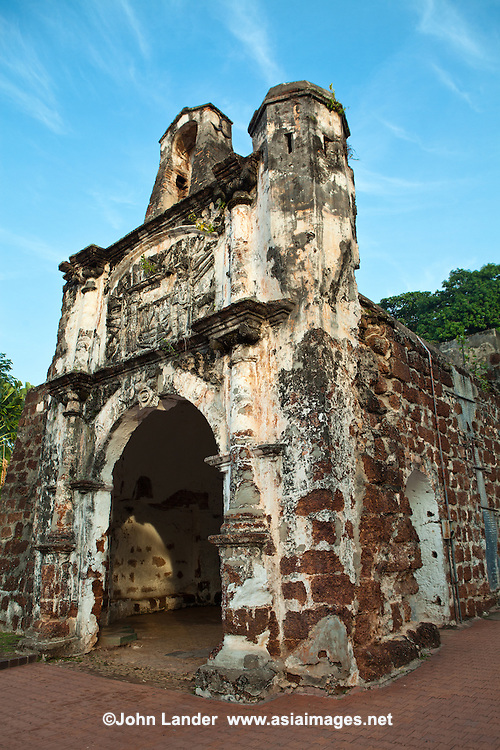