Wako Co. Ltd is a department store retailer in Japan, whose best known store is without a doubt Ginza Wako which at the heart of the Ginza shopping district in Tokyo. The store is famous for its jewellery, chocolate and porcelain as well as upscale imported goods. Wako was founded in 1881 as a watch and jewelry shop called Hattori now known as Seiko Holdings Corporation.. In 1947, the retail division split off as Wako. Its 1932 Neo-Renaissance style building was designed by Jin Watanabe, with its curved granite facade is the central landmark for Ginza and one of the few buildings in the area left standing after World War II. Its famous Seiko clock tower plays Westminster Chimes. 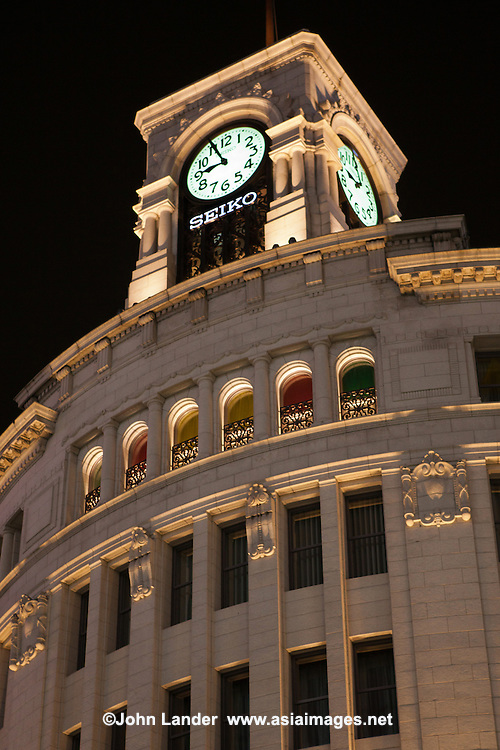