Tsuchikura Mine once had the nickname the Pawnbroker Mine. This abandoned mine in in a remote mountainous district of Kinomoto, Shiga Prefecture. Tsuchikura Mine was opened in 1907 by a company called Tanaka Mining and produced mostly copper and iron sulfide as well as small amounts of gold, silver and lead. In 1934 the Nitchitsu Mining Corporation bought and modernized the mine, but a series of accidents caused by heavy snowfalls in the area cost many lives. The mine was expanded, but a few years later the plant stopped to be profitable due to cheap ore from overseas came in and so the mine closed in 1965. In its heyday about 1,500 people worked at Tsuchikura Mine, though sadly there is nothing left of the mining town surrounding it. 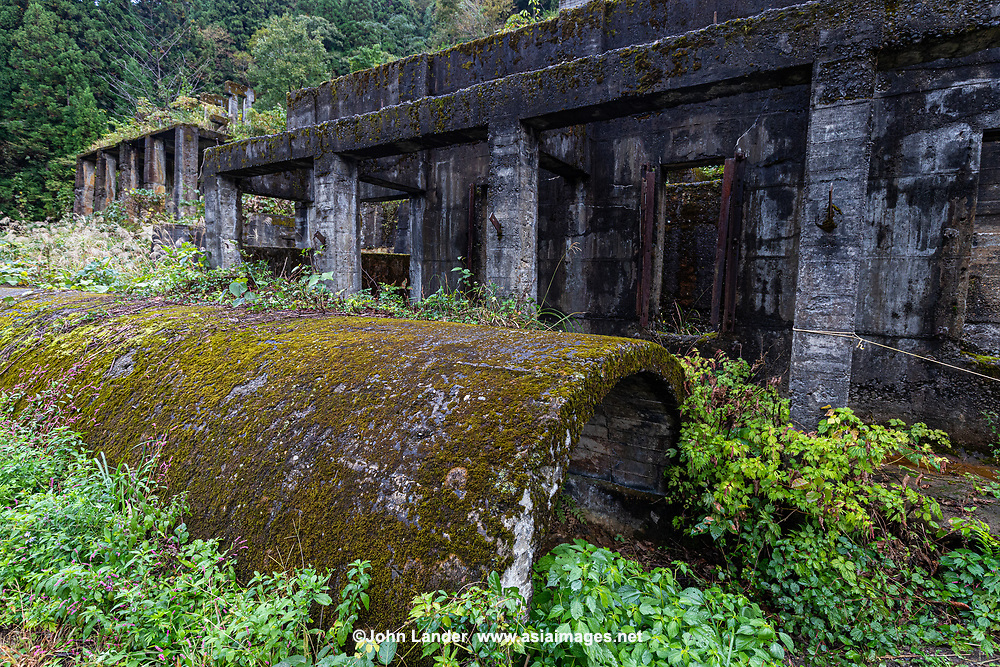