Hainan Assembly Hall or Hoi Quan Hai Nam - was built by the overseas Chinese from Hainan Province who lived in Hoi An. Their assembly hall is used to worship Chinese merchants who were falsely accused of being pirates, later they were named as deities by Vietnamese king Tu Duc who donated money and resources to have this assembly hall built for the sake of restoring their names and as a place for ancestor worship. One of the more intricate of architectural masterpieces in UNESCO Hoi An, visitors pass through a courtyard of ornamental trees, to the main hall dedicated to the Hainan Chinese killed at sea. The God of Wealth is worshipped on the right. 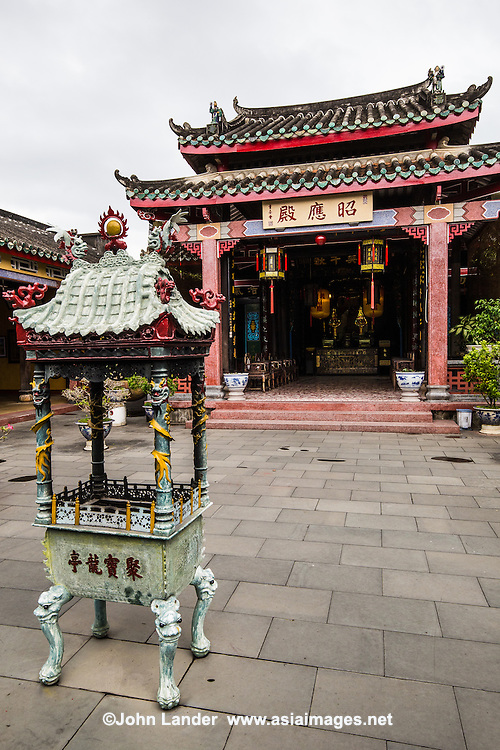