Kagura 'god entertainment’ Kagura's origins are in Japanese mythology and pre-dates even Kabuki and Noh with regards to performing arts in Japan. Kagura's origins are in Japanese mythology. It was originally offered to shinto deities to welcome and entertain them and performed only by shinto priests and miko at shrines thanking and praying for abundant crops. Kagura became common for the public to be enjoyed in modern times The spectacle starts with a ritualistic dance to welcome the deities and then the entertaining performances follows.  Performers dressed up in elaborate costumes dance to traditional Japanese instruments. The performers play deities, demons, and sometimes humans who appear in ancient Japanese mythology. “Orochi” is one of the most popular - a heroic deity Susano-o slaying an evil serpent or dragon called Yamata-no-orochi in order to save Princes Inada. The serpent had eight heads and eight tails and its body was long enough to cover eight peaks and valleys. 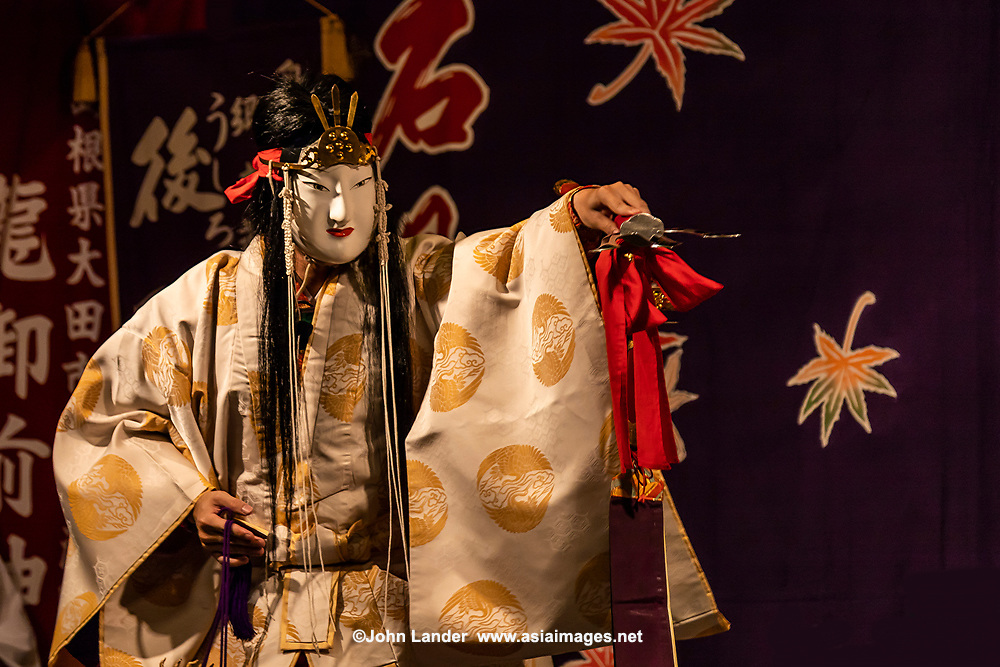