Pha That Luang stupa is the symbol of the city of Vientiane, the capital of Laos. It's a huge golden stupa, built in the year 1566. Its golden color is not painting but it is literally covered in gold. Pha That Luang Temple is considered to be a monument of national pride in Laos. Its central stupa is covered in 500 kilos of gold leaf and is surrounded by a cloister which houses various statues of Buddha and paintings. The stupa is built on three levels, which symbolize the ascent from the Earth to the sky. The first level is the underworld, the second level perfections of Buddhism and the third level, the prelude to the Kingdom of heaven. Pha That Luang literally means great golden stupa was built in 1566. According to popular belief, the temple housed a rib of Buddha brought from India by missionaries of the Court of the Emperor Ashoka. 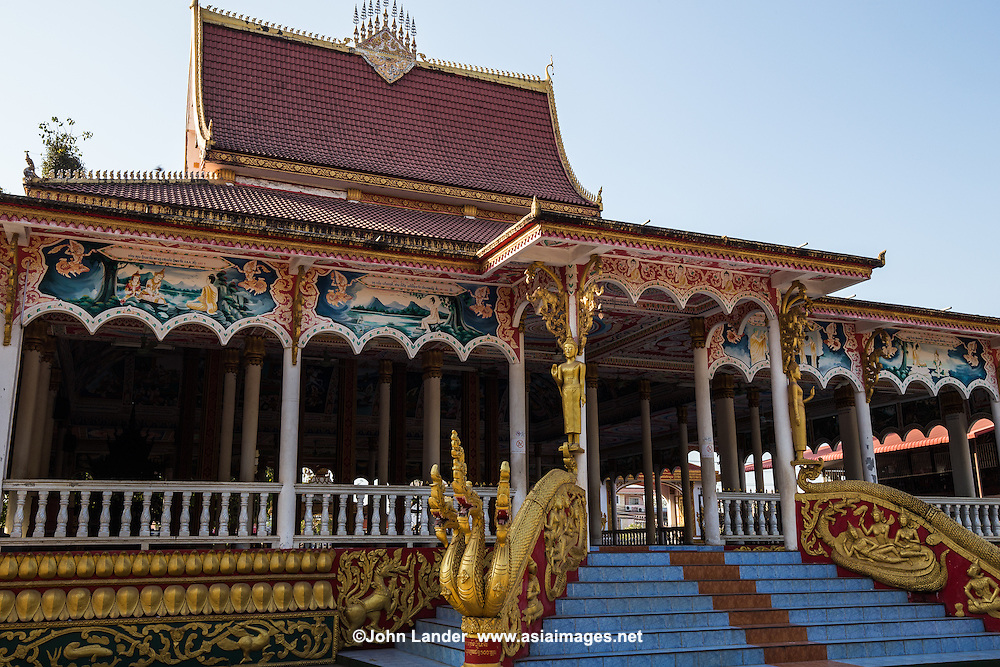