43. Gagaku 雅楽 literally means 'elegant music’ and was originally only performed exclusively at the Japanese imperial court at formal banquets and sacred rituals. Since gagaku had always been associated with the imperial court and was hardly ever heard by common people, it consequently remained static for centuries. Today it is also performed during ceremonis at temples and shrines and also as accompaniment to Bugaku dance performances. The instruments used in gagaku are: Koto or Japanese zither, biwa or Japanese lutes, flutes and traditional Japanese oboes, drums and mouth organs. 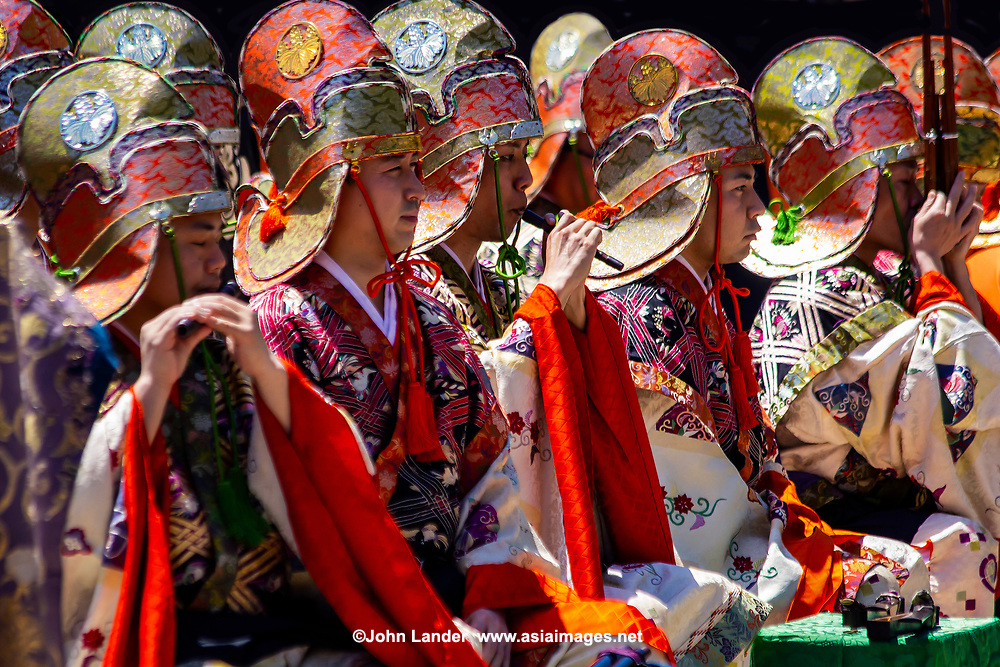