Sarubatake Escarpment at Nagoe Kiridoshi Pass - Nagoe Kiridoshi Pass was constructed on an important road from Kamakura toward the Miura Peninsula. It was once considered to be a rampart to protect Kamakura though in fact it is the remains of a quarry. The present kiridoshi pass extends along spots where the pass zigzags near the border of Kamakura City and Zushi City and near the exit on the Zushi side. Therefore, the structural characteristics of this pass considered as a defense during the Kamakura Period have been retained. More than 160 yagura caves have been identified until today and another buried row of yagura stage has also been identified. Therefore, it is a group of yagura caves in the largest-scale, exceeding the Hyakuhachi Yagura Caves. This group of yagura caves are congregated in particular. The way all-scale yagura caves of several square meter floor space open up on stages produces unique funereal space in combination with large numbers of enshrined five-wheel pagodas. The sight is overwhelming. Kamakura Kiridoshi Passes are thought to have been constructed by the early 13th century. 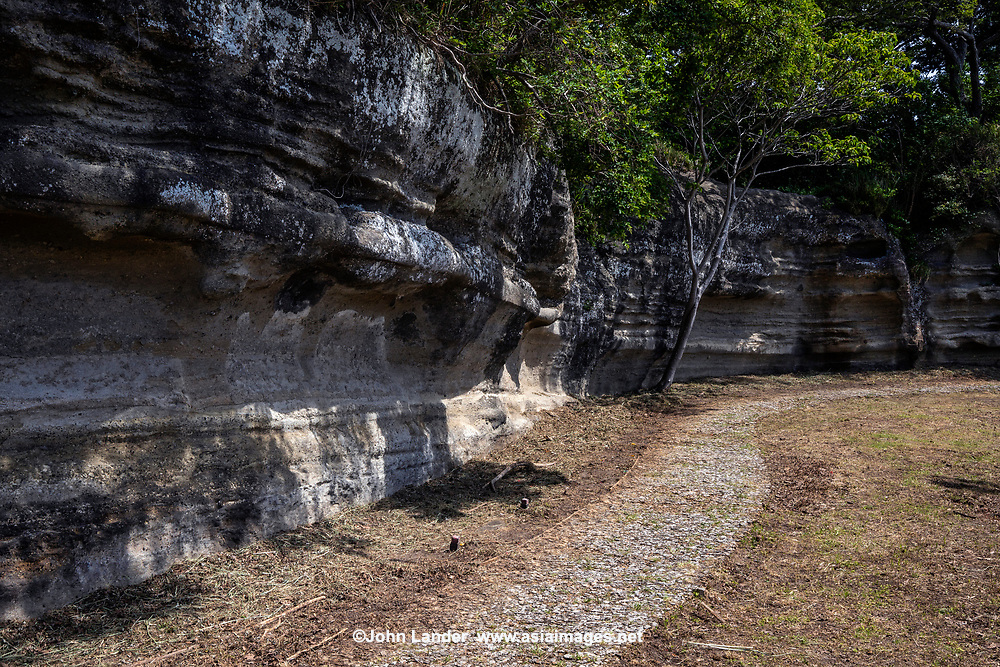