Fukuurajima is an island at Matsushima Bay reached by a 250 meter long vermilion bridge and has a pleasant garden for strolling. Matsushima is a very popular destination for Japanese sightseers with ferries and sightseeing boats leaving hourly throughout the year. Matsushima Bay is famous for its view of over 260 tiny islands and considered to be one of Japan's Three Great Sights - Nihon Sankei. (The other two are Miyajima Island in Hiroshima and Amanohashidate in Kyoto Prefecture) Its beauty was immortalized in one of Basho's most famous poems. Matsushima Bay is also famous for oysters farmed in the bay. Ojima Island to the south of the bay was used by Zen monks during their ascetic training. There are Buddhist rock carvings and meditation caves 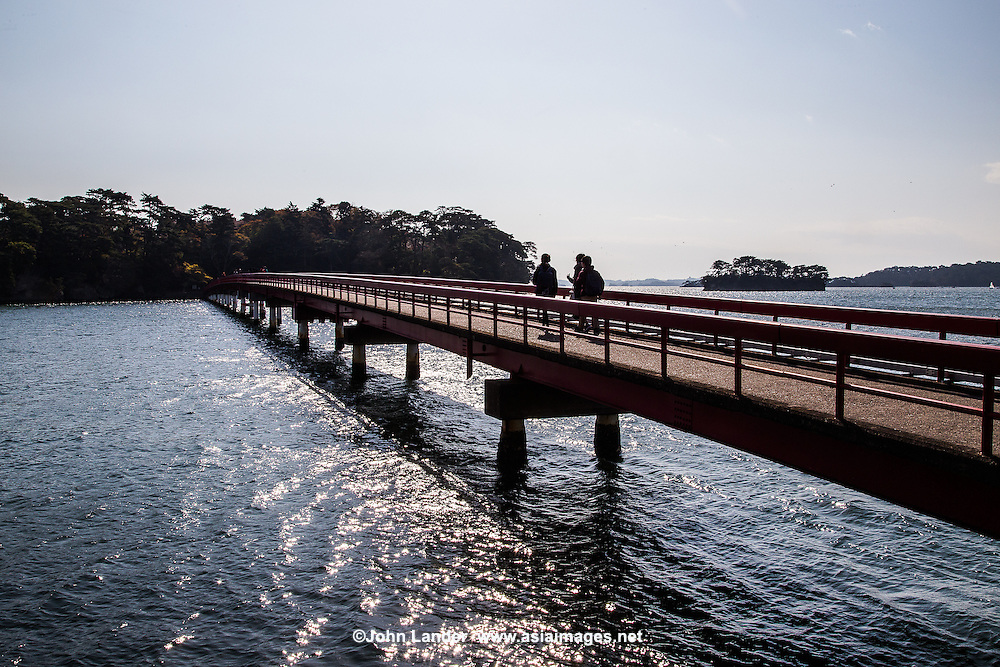