Shoden Eigen-in is a sub-temple of Kennin-ji. At the time of its foundation, Shoden Eigen-in was made up of two separate main temples: Shoden-in and Eigen-an. The temple was restored in the fifteenth century by a student of the tea master, Sen-no-Rikyu who practiced tea ceremony at the temple and for that purpose built a detached teahouse named Jo-an. Eigen-an Temple was established in 1346 by the Zen priest, Mugai Ninko. The two temples were merged into one by the statesman Hosokawa Moritatsu. The temple formed from the merger was named Shoden Eigen-in. Shoden Eigen-in is famous for Jo-an teahouse and for its beautiful garden. The garden is only open for short periods or on special occasions, usually during April and November for sakura and momiji viewing. 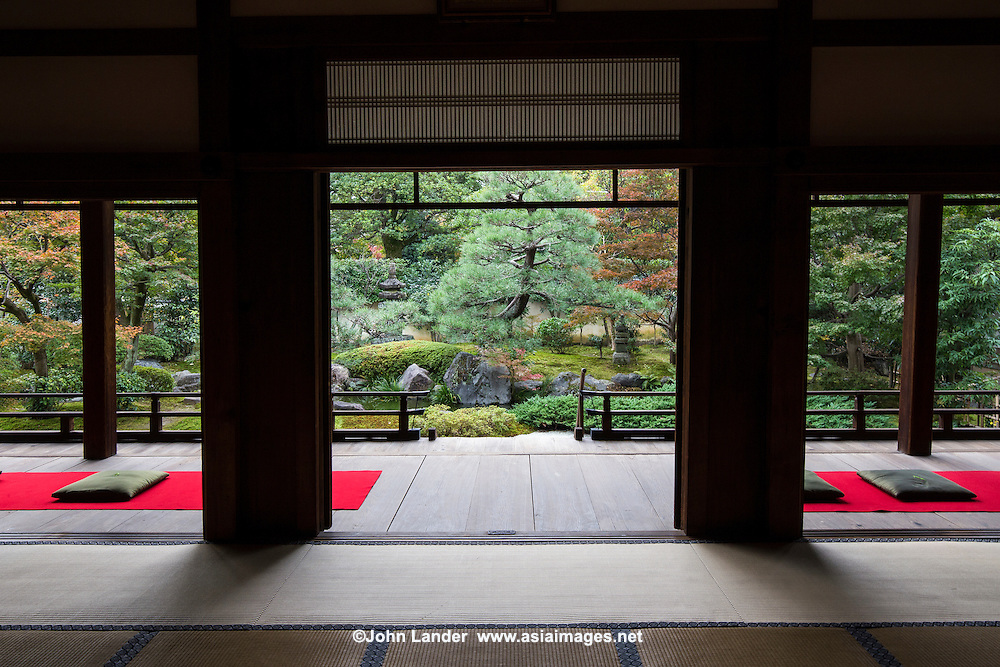