Rakusuien Garden at Jonangu Shrine is rarely seen by visitors - partly because the buildings are fairly new, having been rebuilt in the 70s after being destroyed by fire. Nevertheless, its magnificent Rakusuien Garden is an island of tranquility when compared with the hubbub of the more famous gardens in Kyoto. Hara no Yama Garden is rather austere, consisting of a winding path that goes past a stone lantern and waterway. Heisei Garden is composed of a large pond with an island making much use of borrowed scenery from the forest behind and its own waterfall. Muromachi Garden has its own small pond and an adjacent teahouse, with a large field behind it with artistically sculpted shrubs. The path leads into Momoyama Garden, with weeping cherry trees. Lastly there is a dry rock karesansui garden, Jonan Rikyu, though it cannot be called a “Zen Garden” because it is within a Shinto Shrine compound, rather than a Zen Buddhist temple. 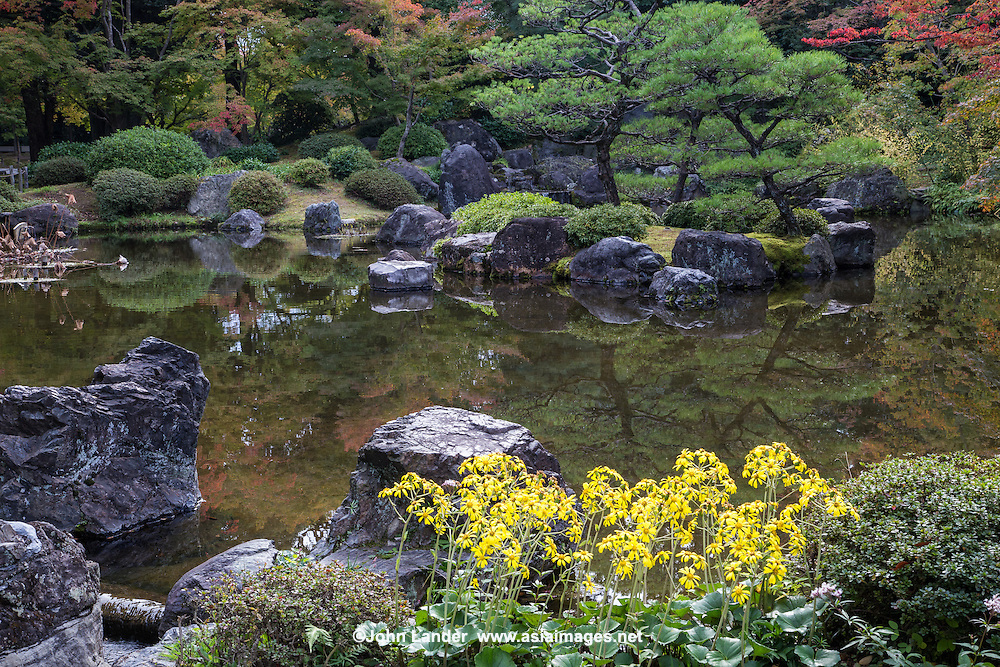