Ifugao Igorot Skull Trophy Changit - For centuries the indigenous tribes of the Cordilleras mountain region of the Philippines stalked their enemies both human and animal and lopped off their heads as a kind of trophy. These skull trophies brought respect and status to the hunter from his tribe. Human head-hunting took place until 1913 when they were officially abolished, though it is said that they continued through the 1950s. The skulls were used in ceremonies and believed to be spiritually powerful 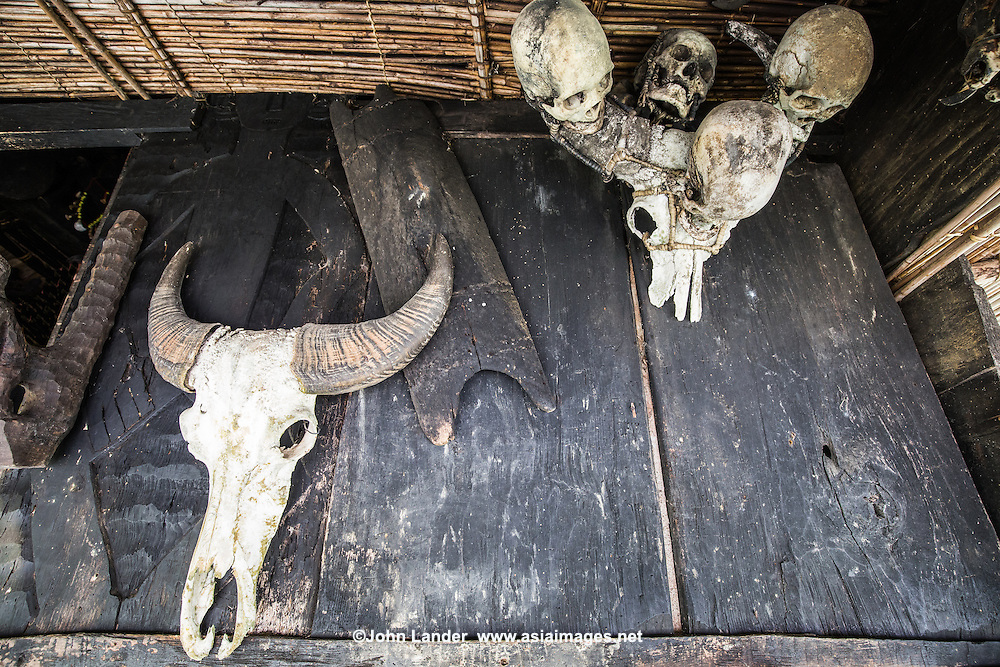